home Lifestyle Camila Cabello Debuts Platinum Blonde Hair On Instagram Much To The Shock Of Her Fans!

Camila Cabello Debuts Platinum Blonde Hair On Instagram Much To The Shock Of Her Fans! 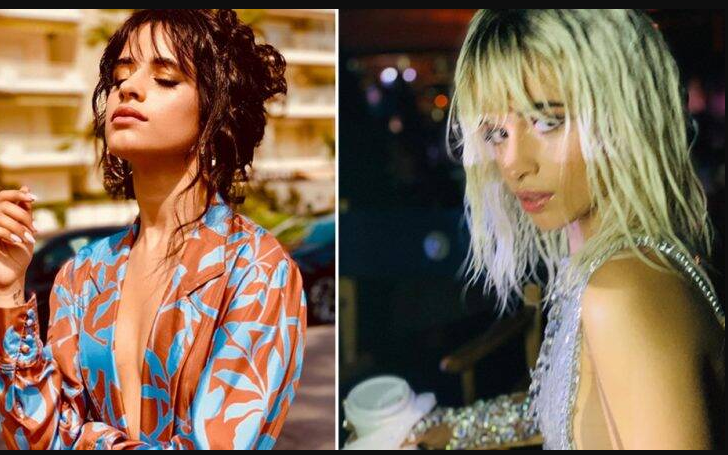 Camila Cabello surprised her fans over the weekend after the singer debuted platinum blonde hair on Instagram.

Camila is known for her brunette locks, but she surprised her fans over the weekend after the singer posted a picture of her with a completely new look.

Call it a perk or a downside of being a celebrity, everything you do makes news and then follows rumors speculated by fans or haters.

See Also: Why Does Camila Cabello Feel Insecure About Her Upcoming Album?

People love to make things up about celebrities, and it has been a trend so far. So, how can Camila be safe from this, right?

Well, right, the 'Consequences' singer posted a post on her Instagram flaunting her new look. People started speculating that she is trying to move on from Mathew Hussey.

Though the 'Real Friends' singer tried hard to keep her personal life private, the fans found out about their split.

The rumors are also making rounds of tabloid claiming something is going on between Shawn Mendes and Camila Cabello after their new song surfaced.

While still uncertain about the alleged ongoing romance between the two singers, they looked close when they celebrated the Independence day together.

Read Also: Why Does Camila Cabello Feel Insecure About Her Upcoming Album?

While fans are busy guessing things, some fans went a step ahead and started to bully Hussey after they called off their relationship.

As Camila's split with Hussey is no more a secret, Camila and Mendes could become one of the hottest couples.

Meanwhile, while some fans disapprove the new blonde look, we have to mention that this could most likely be a wig. Nevertheless, we believe the 'Bad Things' singer looks stunning.