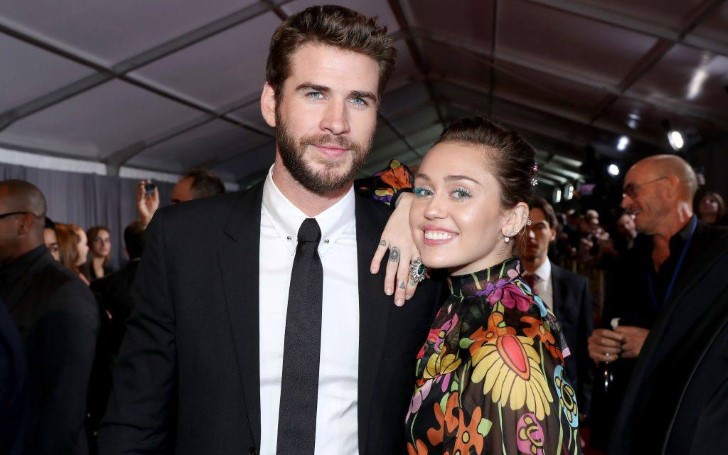 The absence of the newlywed actor Liam Hemsworth in the Grammys was highly noticed despite his wife Miley Cyrus' multiple performances at the event alongside Shawn Mendes.

Likewise, the actor also didn't show up at the press tour of his new romantic comedy film; 'Isn't It Romantic?'

However, his wife attended the premiere night of the new movie in LA on behalf of her husband to show her support.

The 29 years old actor reportedly fell ill and got hospitalized after suffering from a kidney stone that made him cancel his press conference attendance on 11th February. 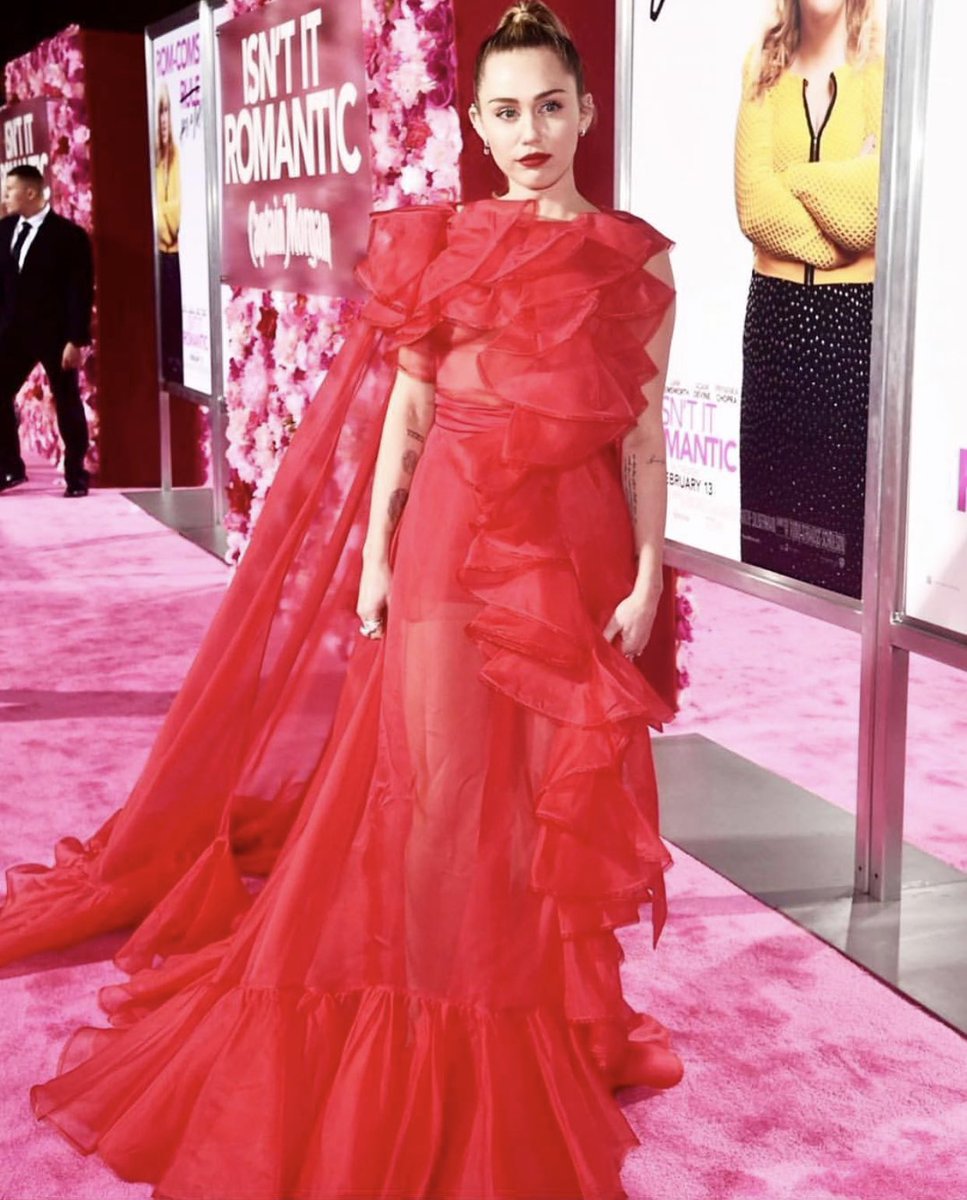 Miley Cyrus at the premiere of Isn't It Romantic to support her husband Liam Hemsworth
SOURCE: Miley Cyrus Twitter

You may also like: Taylor Swift Asks For Acting Tips From Dame Judi Dench Rather Than Her Actor boyfriend Joe Alwyn

Miley, who attended the premiere in a red fluffy Valentino gown, whilst her husband stayed at home to rest, shared on Twitter:

"So proud of my hunky hubby @liamhemsworth & his newest movie #IsntItRomantic"

"He unfortunately wasn’t able to attend due to health reasons... but he is recovering and taking this time to rest / heal. It’s hard for entertainers to put themselves before the project but this time"

She added again in another tweet continuing her thoughts:

"it was crucial .... I am proud to represent him and his incredible work. So happy to see him shining in this comedy! He is the funniest person I know , and the world now gets to see the Liam I wake up to every day.... luckiest "

Miley also shared one of the pictures from the premiere night on her Instagram and wished for a speedy recovery of her husband.

She captioned the picture saying:

"Getting sick blows. But so do I. Get well soon babe. I love you. Play that sax you sexy fuck.

The singer also joked that though she arrived at the premiere night to show support for Hemsworth, she also "did it for @maisonvalentino "

Wilson said in the interview on Sunday:

"Yes, he texted us this morning – he was in hospital overnight, so hopefully he will be fine"

People also searched for: Charlie Puth is "Terrible" at Teaching People How To Play Piano