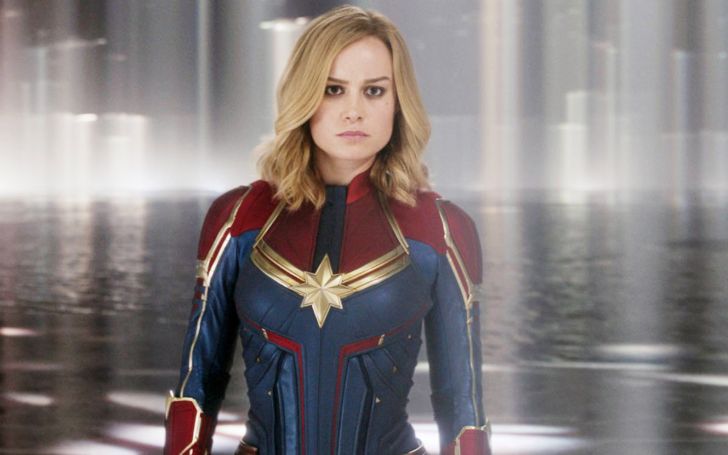 Blockbuster movie star Brie Larson looks better than ever as she shows off her abs in black bikini.

Brianne Sidonie Desaulniers aka Brie Larson proved she is ‘Captain Marvel’ in real life as she posed in a sexy black bikini showing off her svelte figure.

Taking to Instagram, the 29-year-old looked the ultimate blond bombshell as she posed up for camera whilst showcasing her washboard abs.

The Oscar-winner rocked a structured bikini top with thick straps and a matching high-waisted bottoms with a gold belt. She donned an animal print coach loosely draped over her to finish the fierce look.

Captain Marvel paired out her flawless looks with her blond tresses tied in a bun and sported a minimal amount of makeup.

“But what other people thought was no longer of any help to me. Those thoughts only existed within certain structures, and I had definitively left those structures.” #RachelCusk

In this late night sexy bikini snap, it's nearly impossible to take eyes off from our beautiful Captain Marvel as she looked absolutely gorgeous while flaunting her slim silhouette and all round curves.

The singer-songwriter quoted Canadian novelist Rachel Cusk in her caption.

“‘But what other people thought was no longer of any help to me,'” Brie relayed Rachel’s words. “‘Those thoughts only existed within certain structures, and I had definitively left those structures.’ #RachelCusk”

Recently Brie Larson triggered the fanboys after Marvel Studios released the now-deleted promotional video. Some of the outraged male fans protested the clip's criticism of toxic masculinity by revealing some toxic masculinity of their own in solidarity with the biker dude and his bruised hand.