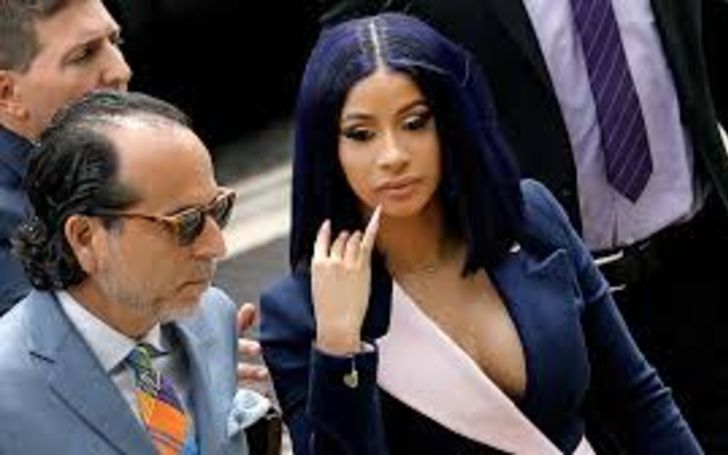 Cardi B bodyguard amidst the strip club scandal is now accused of selling cracks.

Rapper Cardi B was indicted on two assaults in New York State court on Friday. The various other charges included harassment and vulnerability, according to the Associated Press.

The charges are from the case back in August 2018 held at Angels Strip Club in Queens. Reports by AP describes Cardi, 26, and her bodyguard argued with a female bartender which ended up with a fight.

During the tussle bottles, hookah pipes and chairs were thrown, which even cause minor injuries to the club employees. But the case's now dealing with new accusation citing additional cases to bodyguard Jeffrey Bush.

Bush who allegedly served as "muscle" for the hip-hop star during the club brawl was arrested Thursday morning at his Williamsburg home where authorities shared they found a bag "believed to be crack" with pot, pills, a scale and around $15,000 cash.

During the arraignment on Thursday, Bush pleaded he was not guilty. But as court documents state, Bush is accused of hawking a total of 280 grams of rock in Williamsburg for a minimum six times between February and April.

The main reason for the brawl was Cardi's husband rapper Offset caught sleeping with the bartender. Meanwhile, the 'Money' hit-maker is scheduled to appear in state court on Tuesday for the arraignment as reported by court.

Ouch that hurts, the news comes right in after Cardi along with some hip-hop stars Drake, Lil Wayne, and Nicki Minaj were accused of using ghostwriters for their lyrics and compositions by rapper Bhad Bhabie.

The due back in court on the drug charge is on September 10. Stay tuned and connected to find update on the news.