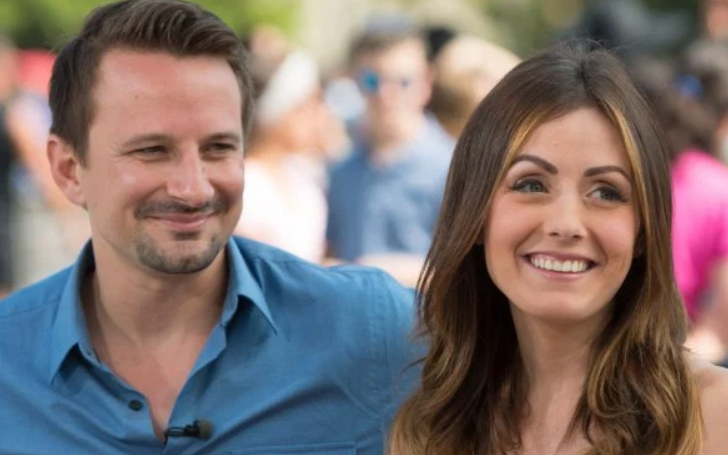 It's sporadic to see people sticking together who met on a reality TV shows as contestants, but some found love beyond everything. The couple of 'Bachelor in Paradise', Carly Waddell and Evan Bass,' is one of those couples.

Evan, talking to one of the media outlets, said, "Baby Charlie is healthy, and delivery was fast and perfect straight into mommy's arms. Everyone is doing well."

According to the couple, their second child was born weighing six-pound and 13 ounces and measured 18 inches long. The couple announced their second child is on the way in May after welcoming their daughter Isabella Evelyn in February 2018.

Evelyn took to her social media to announce she was pregnant; taking to her Instagram she wrote, "Beer Belly, Bella Belly, BABY BELLY!!! We are so SO EXCITED to announce FINALLY Bella's little brother or sister will be here in November!!! (If you wonder why I haven't been on social media as much... well, this is why!)."

The couple's love story, which seemed hard at first as Evan faced resistance at the beginning of their romance, eventually fell for each other at the end of the season of Bachelors in Paradise in September 2016.

Couple who tied the knot in 2017, welcomed their first child, Isabella, in 2018.
Source: People

The pair tied the knot in June 2017, and their marriage ceremony aired on an episode of Bachelor in Paradise's fourth season on ABC.

Also Read: Katie Morton of Bachelor in Paradise Says She and Her Beau are Doing Good

Well, we could not be happier for the couple and Isabella, too, as she got her baby brother. For more information on your favorite celebrities' lifestyle, TVs, and Movies, stay tuned to Glamour Fame and don't forget to sign up for the newsletter.