home Entertainment Whom Caryn Marjorie is Dating in 2020? Find Out About Her Boyfriend

Whom Caryn Marjorie is Dating in 2020? Find Out About Her Boyfriend 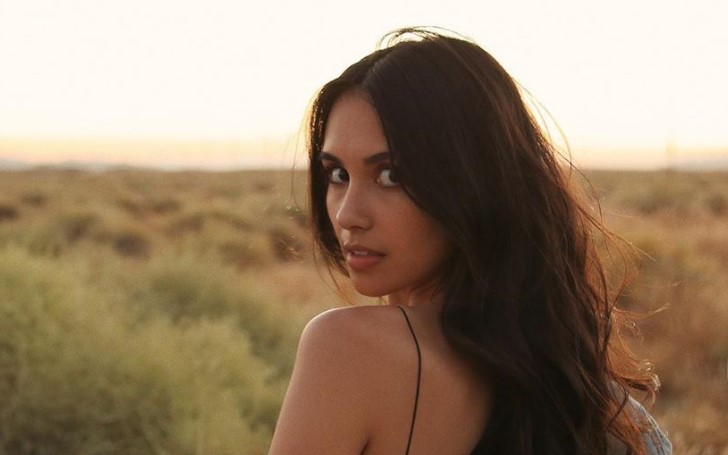 Here's what you should know about Caryn Marjorie's boyfriend in 2020.

Caryn Marjorie is a YouTuber who is better known as her alias 'cutiecaryn,' and has the YouTube channel of the same name. She came into prominence from the year 2016 following her YouNow broadcasts, a platform where she frequently interacted with her fans.

Following the massive success on the YouNow now platform, the social media personality jumped to YouTube in 2018. Caryn is known for her vlogs, storytimes, and comedic videos on the video-sharing platforms.

By now we assume you already have a good idea how successful she is on her YouTube career, Marjorie has over 38,568,217 views on her channel and more than 804,000 followers.

Also See: Who is Alize Cornet's Boyfriend in 2020? Find Out About Her Relationship

How well do you know about Marjorie's personal life?; fans of Caryn know a lot about her as she often talks about her personal and day to day life on her videos, but do you know whom she is dating in 2020? Let's find out.

Caryn Marjorie's Boyfriend in 2020, Whom She is Dating?

Just like we mentioned earlier, if you have been following Caryn Marjorie on her YouTube channel, 'cutiecaryn,' she put a rather click-baiting video titled 'So... I have a Boyfriend..." but at the end of the video, she reveals she was not dating anyone at the time.

The video was uploaded in October of 2017, but fast forward to two months after the video, Caryn uploaded a video with her then-boyfriend. The social media personality took to her Twitter account to update fans about her new video on YouTube, on which she and her boyfriend try New Zealand candy together.

Also Read: Jennifer Goicoechea is Pregnant with Her Boyfriend Usher, Here's What You Should Know About Their Relationship

The tweet is still available on her account, but unfortunately, the video has been taken down by Caryn, which basically suggests, she is not in a relationship with her then-boyfriend. All of these and her social media activities suggest she is not dating anyone at the moment.

Something You Should Know About Caryn Marjorie

While you know Caryn as a YouTuber, which is obvious, but here's something you should know about her personal life. According to the reports, Marjorie, as a young kid, enjoyed singing and dancing.

Caryn was always determined on her career and pretty much knew what she wanted in her life. The social media personality started a clothing company when she was fourteen years old.

Marjorie, who is from Omaha, Nebraska, moreover, Caryn, by the time she was 18, was featured in Cosmopolitan and The New York Times, and in 2018, she attended her first BeautyCon LA Event.

You May Also Like: Who is Joyner Lucas Dating? Know His Past Girlfriends and Relationships!