home Entertainment Who is Alize Cornet's Boyfriend in 2020? Find Out About Her Relationship 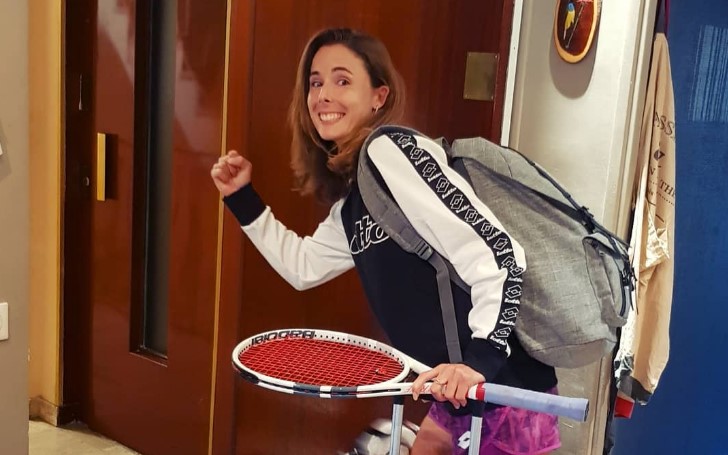 Here's what you should know about Alize Cornet's boyfriend in 2020.

While Alize was already a big name on the tennis world, she received more popularity and created history when she defeated world #1, Serena Williams, on three occasions. Following her wins against Serena, she managed to win many hearts and fans.

We suppose we all know how great Alize Cornet is on her career, the 30-year-old tennis player never misses to surprise with her talents, but how well do you know about her personal life? By personal, we mean her dating life.

Also See: Niecy Nash Surprises Fans Marrying a Woman! It's Jessica Betts, not Jennifer! Here's What to You Should Know

Do you know whom Alize Cornet is dating in 2020? Does she have a boyfriend? Let's try to find out everything about her relationship.

Alize Cornet's Boyfriend in 2020, Is She Dating Anyone?

Sorry people, Alize Cornet is already taken. According to some sources, the 30-year-old tennis player is dating her boyfriend, Michael Kusaj. It's still not sure when the couple started dating, but if we have to go by what people are claiming, the two are together for a long time.

Also Read: Sierra Furtado Boyfriend - Find Out If the Tik Tok Star is Dating Someone Or Still Single

Some sources claimed the couple is dating since 2014, which accounts for the couple is together for almost six years, that's a really long time, and we couldn't be happier for them.

Alize and Kusaj Often Make Time for Themselves

It's imaginable that Alize hardly finds for her personal life as she is busy on her training and tour, and even Michael Kusaj, who works as a tennis player agent and is the co-founder of Twenty By Ten, has a hectic schedule.

The couple often finds a way to spend quality time together despite their busy schedule.
Photo Source: Michael's Instagram

But hats off to the couple, no matter how busy the two are, they often find times for each other. Kusaj and Cornet are often seen going on vacation or hiking. It's really wonderful to see them doing what they are doing as a couple, and that's the reason of their lasting relationship, we suppose.

You May Also Like: Jennifer Goicoechea is Pregnant with Her Boyfriend Usher, Here's What You Should Know About Their Relationship