home Entertainment Jennifer Goicoechea is Pregnant with Her Boyfriend Usher, Here's What You Should Know About Their Relationship

Jennifer Goicoechea is Pregnant with Her Boyfriend Usher, Here's What You Should Know About Their Relationship 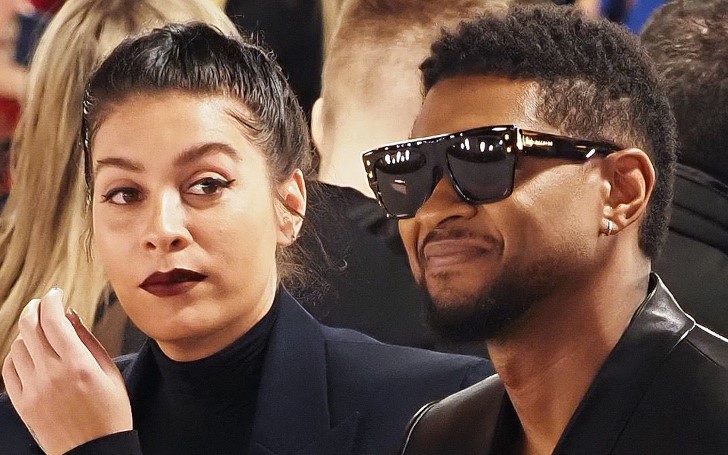 Here's what you should know about Jennifer Goicoechea, about her relationship with her boyfriend, Usher, and their upcoming baby.

Well, many of us know who Jennifer Goicochea is; for those of you who still don't know who she is, Jennifer is the girlfriend of Usher Raymond. Apart from being a Usher's lover, she has some impressive portfolio.

Goicochea is a music executive, and she is currently working as vice president of A&R at Epic Records, the same company known for representing several prominent musicians like Mariah Carey, Camilla Cabello, Travis Scott, Meghan Trainor, and many.

Jennifer has always engaged herself in business that is related to music; prior to working at Epic Records, she served at ASCAP, a not for profit performance rights organizations.

Also See: Who is Cory Booker Dating in 2020? Find Out About His Relationship

Well, since you already know about her career and work, let's just dive into her personal life and find out what's going on in her love life.

Usher and Jennifer Goicoechea, Something About Their Relationship

Jennifer, who was born on 13 October 1983, started dating Usher after the singer called his marriage off with his previous wife, Tameka Raymond. The former couple shares two sons, Usher, and Navid.

Also Read: Who is Sonya Deville's Girlfriend? Find Out About Her Relationship in 2020

So, when Usher and Tameka broke their marriage, the singer was spotted with Jennifer in October of last year (2019). Well, since then, it has always been rainbow and sunshine for the couple.

The next little Usher is on the way, Usher and his girlfriend Goicochea is pregnant with their first child. A source confirmed to the People magazine.

The source said, 'the singer is thrilled to be a dad again. both are excited to be expecting.'

The couple was recently photographed with their arms around each other, Jennifer's baby bump was visible under a fitted blacktop. Even Usher confirmed the baby's on the way while he was on 'Good Morning America.'

The singer revealed his sons are elated and excited about their siblings on the way.