home Entertainment Niecy Nash Surprises Fans Marrying a Woman! It's Jessica Betts not Jennifer! Here's What to You Should Know

Niecy Nash Surprises Fans Marrying a Woman! It's Jessica Betts not Jennifer! Here's What to You Should Know 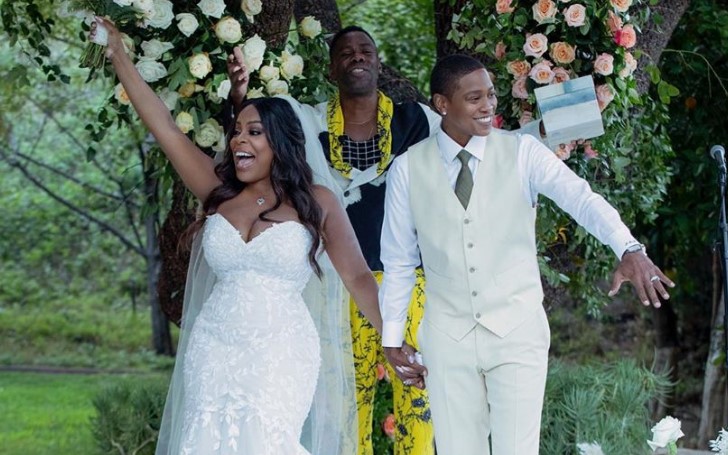 Here's what you should know about Niecy Nash's marriage with her wife, Jessica Betts.

Niecy Nash (born Carol Denise "Niecy" Nash) is an American comedian, actress, television presenter, model, and producer. Niecy is best known for her stints on television. Moreover, Niecy has a fair share of experience in hosting shows like 'Clean House,' for which she bagged an Emmy Award in 2010.

Nash has played several roles in films and made many guest appearances on television shows. In 2019, the actress portrayed the character of 'Dolores Wise' on 'When They See Us' for which she got nominated for a Primetime Emmy Award for Outstanding Lead Actress in a Limited Series or Movie.

It's clear, Niecy enjoys quite a successful career as an actress and television personality. It's nothing new for Nash to make headlines for her excellent work, but recently, she made headlines for a different reason, shocked the entire World.

Also Read: Niecy Nash Net Worth - Find Out How Much the Emmy Award Winner Makes from Her Career as an Actress, a Comedian, and a Model

Recently, the actress came out of her closet and revealed she is a lesbian; Well, not only that, but she also tied the knots with the love of her life. Here's what you should know about her married life.

Well, it's apparent people all around the World are confused; Niecy Nash, in her 50s, came out of the closet and married the love of her life, Jessica Betts. But people seem to be still confused with the name; we heard several mentioning the name 'Jennifer.'

Just to clear things up, It's Jessica, not Jennifer. So, who exactly is Jessica Betts? Exactly our reaction when we heard the name; According to the reports, Jessica is a longtime friend of Nash, the couple sparked romance rumors back in 2018, but no one had a clue back then that Niecy was romantically involved.

While talking about Jessica, she is a singer/songwriter and also plays guitar, according to Daily Mail. Betts started her musical career from the year 1988, and two years later, the singer/songwriter worked on the 2000 release 'Get Up.'

Moreover, Betts has her own stardom, which she gained through her win in 2005 BET Music Matters Artists. Jessica's 'Catch Me' song is one of the biggest of the success of her career.

A Glimpse of Niecy and Betts' Wedding Day

As we mentioned earlier, the actress and singer/songwriter shocked the whole World with their surprise wedding. The 50-year-old actress took to her social media to upload pictures from her big day, and believe us, the couple looked perfect.

Following the marriage, Niecy officially changed her name to 'Carol Denise Betts' and what should we tell you more, oh yeah, on the wedding day, Nash looked beautiful in a strapless white gown with mermaid finish, and Betts was clad in a shirt and tie with vest and slacks during an outdoor ceremony.

Even Jessica shared the same picture on her social profile. On the caption, Betts wrote, "I got a whole wife." Could they be any more adorable?

You May Also Like: Are Travis Barker and Kourtney Kardashian a Thing Now? Here's What We Know So Far