home Entertainment Are Travis Barker and Kourtney Kardashian a Thing Now? Here's What We Know So Far

Are Travis Barker and Kourtney Kardashian a Thing Now? Here's What We Know So Far 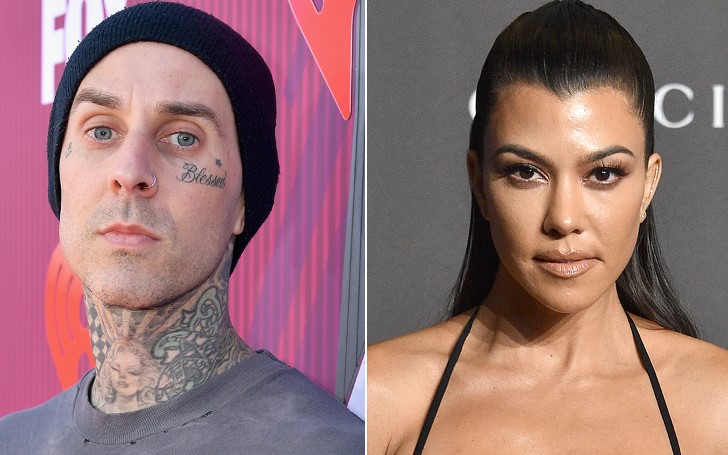 Here's what you should know about Travis Barker's girlfriend in 2020.

Travis Barker (born Travis Landon Barker) is an American musician who is better known as the current drummer for the rock band Blink-182. The musician is also known as the frequent collaborator with multiple hip hop artists.

Travis is also a member of the rap-rock band, 'Transplants,' and is a founder of the rock bands  +44 and Box Car Racer. The musician, who was born on November 14, 1975, in Fontana, California, also owns a clothing company, 'Famous Stars and Straps,' in 1999.

Also See: Who is Kasperi Kapanen Dating in 2020? Find Out About His Girlfriend

Well, we don't think we need to stress more on his career as we suppose we all know how great of a musician he is. But how well do you know about his love life? Do you know whom Travis is dating in 2020? Let's find out.

Who is Travis Barker Dating in 2020? Does He Have a Girlfriend?

For those of you who are following should know Travis Barker has a rumored girlfriend. Well, it's not confirmed yet, but according to some sources, the musician is dating Kourtney Kardashian.

The alleged couple was spotted together multiple times together in public places; Previously, the drummer and Kourtney were seen having dinner together in Malibu, and by what seems, the two pretty much gave a hint the two are already dating.

But recently, Travis spoke to People Magazine and denied all the rumors.

Travis said, "Kourtney’s like a dear friend. That’s it... I mean, I love her to death. I love her family to death. But yeah, just friends."

Also Read: Who is William Byron is Dating in 2020? Find Out About His Relationship

According to E! News, Travis, and Kourtney are friends and know each other for a very long time, and about the dinner, it was a family dinner, as they have lived in the same neighborhood for a long time and they see each other at church with their kids.

Both Travis and Kourtney Have Children From Their Previous Relationship

Travis Barker was previously married to model Shanna Moakler, with whom he shares two children, son Landon Barker, 16, and a daughter, Alabama Barker, 14.

While Kourtney, who was in a relationship with Scott Disick, shares three children with her former beau, son, Mason, 9, daughter, Penelope, and son, Reign, 4.

Well, we don't know if they are dating or not, but their fans ship their relationship and want to see them together in the future. In a popular vote by Cosmopolitan, many fans were in support of their relationship.

You May Also Like: Who is Fai Khadra? Is He Dating Kylie Jenner or Is He Gay? Some Facts You Should Know