home Lifestyle Who is Chance Perdomo's Girlfriend in 2021? Learn About His Love Life Here

Who is Chance Perdomo's Girlfriend in 2021? Learn About His Love Life Here 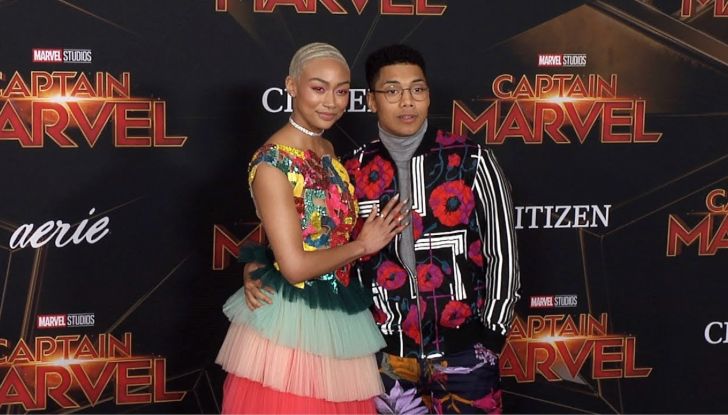 Who is Chance Perdomo's Girlfriend? Get the Exclusive Details Here!

Netflix has introduced some very talented actors over the years and many mere eye candies as well,  but Chance Perdomo has certainly got both. The American-born English actor first shot to fame with the popular Netflix supernatural horror series, The Chilling Adventure of Sabrina.

Before his breakout, Chance's has starred in only a handful of movies and is perceived as a promising newcomer. But looking at his growing fandom, Perdomo might make his mark in Hollywood pretty soon. His other notable credits include Shakespeare & Hathaway: Private Investigators, Midsummer Murders, and Killed by My Debt.

The curiosity around Perdomo's love life has been growing ever since he brilliantly portrayed the pansexual warlock Ambrose Spellman in The Chilling Adventures of Sabrina alongside Kiernan Shipka and Ross Lynch.

Speculations are if Perdomo is dating any of his CAOS co-stars, as reports tell that many of its on-screen love stories have led to off-screen romances. For instance, Shipka briefly dated Gavin Leatherwood, and so did Ross Lynch & Jaz Sinclair. So fans are questioning who is it for Chance.

Check Out: Who is Kiersey Clemons' Partner? Learn About Her Relationship Status Here

Chance hasn't stir dating rumors with anyone so far, but fans have been shipping him with his co-star Tati Gabrielle; a look at the duo's Instagram and their chemistry does come off hot. One fan writes, "I'm all about Ambrose and Prudence," Chance's and Tati's character in the show.

Keeping fans' wishful thinking aside, Perdomo's official relationship status is single in 2021; hence the actor is currently in the market. We can't say if he is up for dating fans, but he was once set up on a blind date with a fan as part of the Seventeen Magazine initiative.

Perdomo reveals that his role in the CAOS was a chance occurrence. He had originally auditioned for the role of Jughead Jones on Riverdale, which was given to Cole Sprouse, and Chance, however, ended up on CAOS. His role in BBC Killed By My Debt had won him a BAFTA Best Actor nomination in 2018.

Chance Perdomo to star in upcoming After sequels.
Photo source: After Fandom

Ahead of the release of CAOS's third season, Chance had an interview with the NY Times. He described himself as “a black child raised by a Latino mother in white society with two nationalities," in the interview. Chance also shares a small role on Hetty Feather, which prompted him to pursue acting.

Variety's one in 10 Brits to watch for 2020; Chance Perdomo has officially joined the After film franchise as Landon in its upcoming sequels. Stephen Moyer, Mira Sorvino are two more who were cast in the romantic drama along with Perdomo.

Recommended: Who is Daryl McCormack's Girlfriend? Learn About His Current Relationship Status

Identity Agency Group represents Perdomo, and Deadline recently reported that UTA had signed the actor. It also said that the production of the 3rd and 4th sequel, After We Fell and After Ever Happy, is underway and will hopefully release late this year.