home Entertainment What is China Anne McClain's Net Worth? Find all the Details Here

What is China Anne McClain's Net Worth? Find all the Details Here 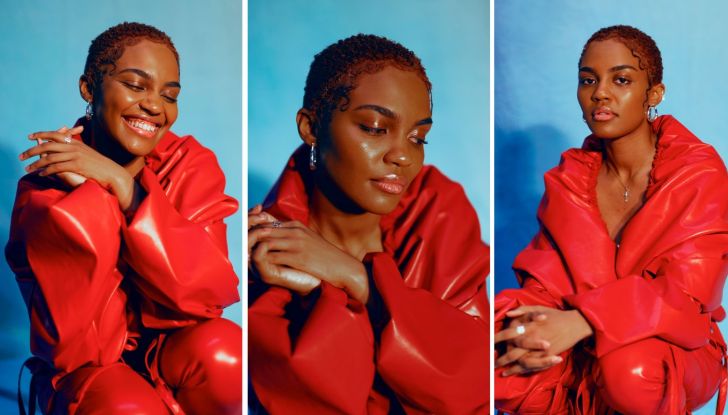 China Anne McClain's Net Worth in 2021: Find the Updated Analysis and Report Here!

Widely known from the 2000s band, Thrii, China Anne McClain, and her two sisters, Sierra McClain and Lauryn McClain, started the pop/R&B band back in 2005. Following a steady success, the group went on a hiatus in 2016, only making the come back in 2020. China is also an actress and had started working in films as early as when she was 7.

She landed her first role was in the drama The Gospel but captured the audience with the sitcom House of Payne. China also starred in the hit 2017 Disney Musical Descendents 2, following which she landed a role in the superhero series Black Lightning. After keeping things low-key for a while, McClain has decided it was about time to talk things out, and there is so much she wants her fans to know. Continue reading to find more.

How Much is China McClain Valued at in 2021?

Born and raised in Decatur, Georgia, China, and her two older sisters had their father, Michael McClain, a music producer, right by their side when they first began their collective endeavor. China released her first single, Your Biggest Fan, with Nick Jonas in 2005. China's net worth in 2020 was estimated at around $2 million, and as of 2021, it is approximated at a whopping $3 million.

Apart from her extensive number of movies and songs, McClain has also co-operated on the Disney series A.N.T. Farm soundtracks, which reportedly sold more than 14,000 copies in the first week. China also played the lead role, Chyna Parks, in the teen sitcom.

Check Out: What is Lashana Lynch's Net Worth? Learn all the Details Here

Billboard's sixth best-selling artist for digital kids' songs in 2012, McClain's astonishing voice won her the ABC's Sing Your Face Off's only season in 2014. The better known of the Thrii sisters, McClain is rolling hard since the official announcement of her band's comeback in June 2020. Thrii jumped back from their long hiatus with their banger single, My Sanity.

After their long hiatus, the McClain sisters' band Thrii made a comeback in 2020.
Photo Source: Pinterest

While the three sisters have always pursued their individual endeavors and along with the band, China was always steps ahead seemingly; the 22 years old boasts a striking 7.1 million followers on Instagram and keeps up with every Tik-Tok trend. After the group's return, China starred in Netflix's comedy Hubie Halloween and even reprised her role in the beloved sitcom 'House of Payne' for its 9th season.

McClain on Loss and Finding Herself!

China has kept it in for too long. The 2010 Grown-Ups actress, in her recent interview with Teen Vogue, revealed the grief of losing a loved one and her own personal development resulting out of it. In July 2019, McClain lost her best friend, Cameron Boyce, with whom she worked in Descendants and Grown Ups.

"I don't think I'm ever going to not deal with it," said McClain on Cameron Boyce's death.
Photo Source: Amomama

China says, "I'm still dealing with that, to be honest. I don't think I'm ever going to not deal with that. But I adore him. I love him; I still do. I always will.” Another aspect of her life that China gets candid on was her relationship with herself in an ever-changing and intimidating industry. She adds, "I don't like this industry, but I love creating things, creating art."

Don't Miss: What is Margaret Qualley's Net Worth? Learn the Details of Her Earnings and Wealth Here

McClain shares she has never been so content and happy with herself and her body as she is now. The Disney alum is hustling hard and says she is so ready for work and life ahead. The actress reveals that she and her family are starting a production company soon.