home Entertainment What is Margaret Qualley's Net Worth? Learn the Details of Her Earnings and Wealth Here

What is Margaret Qualley's Net Worth? Learn the Details of Her Earnings and Wealth Here 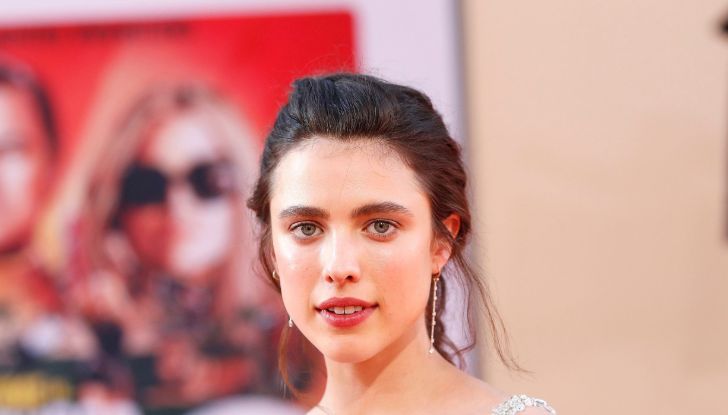 Inside Margaret Qualley's Whopping Net Worth: All Details Here!

Born to the famous actress/model Andie MacDowell and musician Paul Qualley, Margaret Qualley is also sister to singer/actress Rainey Qualley. Since her breakthrough in 2019 comedy-drama, Once Upon a time in Hollywood, Qualley has gone on to star in hits like My Salinger Year, Seberg, and Wake Up. The young actress has got a stacked resume as a model as well.

Qualley made her modeling debut at the age of 16 in New York Fashion Week, after which Qualley has seized the opportunities collaborating with Chanel, Ralph Lauren, Valentino, etc. Qualley has been attracting headlines since January this year, one because of her relationship with a disgraced star and the other for landing coveted roles opposite A-listers. Continue reading to unveil Qualley's colossal net worth and more.

Qualley's net worth in 2020 was estimated to be around $3 million, whereas, in 2021, her net worth has shot up at an incredible rate and is estimated at a whopping $6 million. Still very early in her showbiz career, the Montana-born actress has recently strike big; she is set to star opposite Robert Pattinson in The Star at Noon and has also landed a lead role in Scott Cooper's upcoming A Head Full of Ghost.

Qualley started from a minor role in 2013, only went big after 'Once Upon a Time in Hollywood' in 2019.
Photo Source: Mubi

Being born in a star-studded family surely paved Margaret an easy road, but her rise in the field wasn't a meteoric one. She debuted in the 2013 Gia Coppola-directed film Palo Alto, in which she played Raquel - a supporting character.

After playing several supporting yet notable characters in projects like The Leftovers, The Nice Guys, Margaret got her biggest hit in Quentin Tarantino's work in 2019. Given her privileges for being a progeny of veteran stars and her innate talents as a performer, Qualley has made quite a staggering figure in a short span. But the actress has only started newly and still has a long way to go.

Qualley may have gotten the reputation of looking like an arm candy when she was reported to be dating Pete Davidson back in 2019. But 2020 hit the actress's repute harder. As she starred in her sister Rainey Qualley's music video Love Me Like You Hate Me opposite Shia LeBeouf, the nine-minute video featured excessive nudity between the two actors.

The scandalous music video in October 2020 was the beginning of Qualley and LeBeouf's short love tale.
Photo Source: Daily Advent

But the real scandalous moments for her came when it was reported that she had been dating actor LeBeouf since their video together. Shia, at the time, was caught in a lawsuit, citing abuse and battery allegations by his ex-FKA Twigs, due to which Qualley too had to bear the media's brunt.

Don't Miss: What is Josha Stradowski's Net Worth? Learn all the Details Here

Thankfully, Qualley dumped Shea in January as allegations against the actor kept piling up. She even took to her Instagram to thank Twigs for speaking out, but Qualleys's late move was dubbed an empty gesture by many nonetheless. Margaret kept low-key after her split from Shia and was recently spotted in New York.

Qualley to star opposite Robert Pattinson in her next film.
Photo Source: Hunger TV

A source close to the actress revealed Margaret had had a rough couple of months, but the 26-year-old is now mainly focused on her career. Qualley was nominated two times for Emmy Awards in the past and currently awaits the verdict on Prix Iris, where she has been nominated for best actress for her role in My Salinger Year.