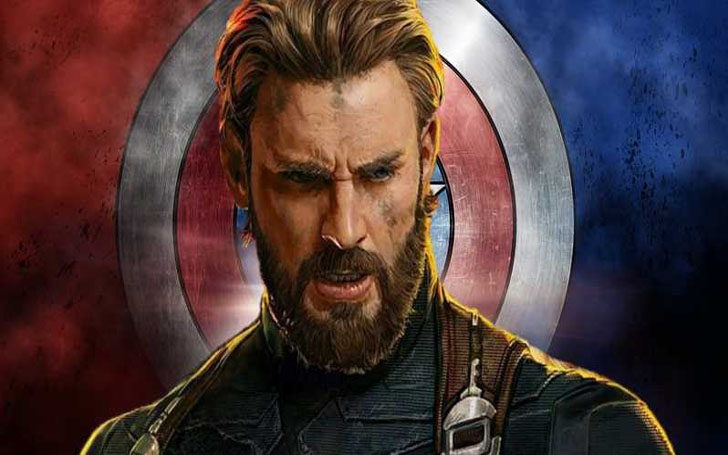 Chris Evans talks about the role of Captain America and why it was so difficult for him.

In 2012 if we would’ve asked you who is your favorite MCU superhero you 90% would’ve named anyone other than Captain America. He was never anyone’s favorite as Avengers wrapped up.

Now if we ask you your favorite MCU superhero, 50% will say Captain America. The swing from a side character to the person who anchored seven blockbuster movies is a brilliant achievement. From someone who was considered as just a person playing a character to now being synonymous with the role of Captain America is just amazing.

Chris Evans so perfectly embodied the moral compass of a character that always does the right thing, and now it seems impossible for us even to imagine someone wearing that helmet and wielding that shield.

The reason 'Steve Rodgers' was not a beloved character at first is because the directors and writers didn’t know what they were shooting for accurately. The character has a moral compass; a do-gooder attitude, always put someone else first, never trade lives, this could all have been miss-construed as someone who was out of touch and tedious.

He was too much of a boy scout for anyone to take him seriously, and the role was complex for precisely that reason. The problem with portraying Steve was how do you put an exciting spin on a character that is trying to stand with, old fashioned ideals, in a modern world where no one really gives a damn.

Watch: The entry scene of Captain America in Infinity War

Now though the role has become iconic, Chris Evans talked in a Q&A session at the ACE Comic-Con about why finding the balance for the part was such hard work and difficult thing to do. He said;

The trickiest thing about the character is he’s a good man and so trying to find new ways to make it interesting, that was the challenge because he always puts himself last and it became such a … real collaboration between myself and Kevin [Feige, Marvel Studios President] and the Russos and Christopher Markus and Stephen McFeely in terms of trying to preserve his nature.

He’s kind of a taciturn guy. He doesn’t kind of, you know there’s a lot of other characters in the Marvel universe who kind of use their words for creative advantage and Cap is a little bit more of a simple-minded guy and it’s hard to kind of create stories around him to at once create conflict, but not just make him the center cog where circumstance happens around him.

The actor, who was skeptical of playing the role and turned down the part of Captain America two times, was scared to play the role before for almost the same reasons. He knew the role was terrific but doing justice to the character is essential also.

Fantastic Four was not a beloved movie, and he had a bad experience with a superhero movie, so Chris was skeptical about playing the role. He explained how Kevin Feige, Russos, and McFeely and Markus found the balance for the character and helped him bring the more serious, more attached, and more connected Captain America in 'Captain America: Winter Soldier'.

In a lot of ways, I would lean on the Kevin Feige and Joe Russo and Markus and McFeely to try and help me find ways to make him at once consistent but entertaining. It was a group effort.

A different career waits for Chris Evans as he has most probably taken up the shield for the last time in Avengers: Endgame. At the end of the movie, Captain America went back in time, but he didn’t come back, as he settled back with 'Peggy' and came back to the present, to hand over the shield to 'Sam', as an older man.

Though the studio hasn’t confirmed that Steve wouldn’t return for future MCU movies, and Russos have said there is more story left for them to tell about the soldier out of time. It is more than likely that we have seen the last of Chris Evans; it is hard to imagine him wanting to come back after his story was such neatly tied up in Endgame.