Chrissy Metz Makes Her Oscars Debut in a Stunning Way 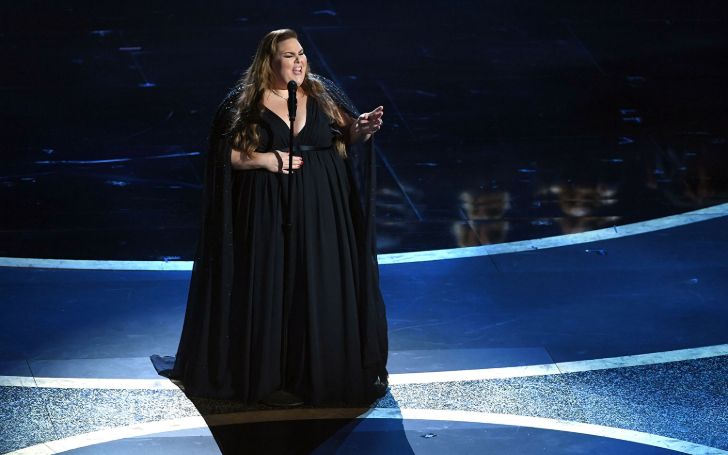 Chrissy Metz made a remarkable Oscar debut on Sunday night with her soulful performance of Oscar-nominated song "I'm Standing With You."

Wearing a beautiful long black glittering gown on the 92nd Annual Academy Awards, the Hollywood actress/singer Chrissy Metz sang an emotional rendition of her Oscar-nominated balled from the drama 'Breakthrough'.

Songwriter Diane Warren's written song 'I'm Standing With You' was nominated under the category of 'Best Original Song' who had a tight bout with the Elton John & Bernie Taupin's (I'm Gonna) Love Me Again" from Rocketman -WINNER.

Check Out: Chrissy Metz - I'm Standing With You (Live From The Academy Awards)

Thou the song didn't bag any awards home, but it sure won millions of hearts. She dedicated the song to her mother Denise Hodge, who is recovering from a severe stroke held three years ago. The 39 years old credits mother a major source of inspiration behind all her fame.

For the special performance, 'This Is Us' star wore a stunning low-cut navy blue gown with a sheer cape that sparkles like starlight. Without using much makeup, Metz enhanced the looks with her natural beauty and a charming snowflake diamond necklace.

For the emotional performance she was backed by background vocals standing on an edgy staircase.
SOURCE: Daily Mail

Before Chrissy's performance on the A-Lister show, the Oscar-nominated songwriter shared his excitement on her song being performed on 2020 Oscars.

I was blown away," she recalled, then admitting, "I didn’t want her originally for the song. I wanted a more established artist, I didn’t realize she could sing... When I heard her on the song, [I was just] blown away. Just totally blown away. She was amazing.

Chrissy performed the song flawlessly as she made justice to all the excitement she was posting from her Instagram before the show started she wrote,'TODAY'S THE DAY! Who's tuning in to The #Oscars tonight?

Don't Miss: Who is Martyn Eaden? Some Interesting Facts to Know About the Writer, and Chrissy Metz Former Husband

So what do you think about her performance? Visit Glamour Fame for more Entertainment articles.