home Entertainment Who is Martyn Eaden? Some Interesting Facts to Know About the Writer, and Chrissy Metz Former Husband

Who is Martyn Eaden? Some Interesting Facts to Know About the Writer, and Chrissy Metz Former Husband 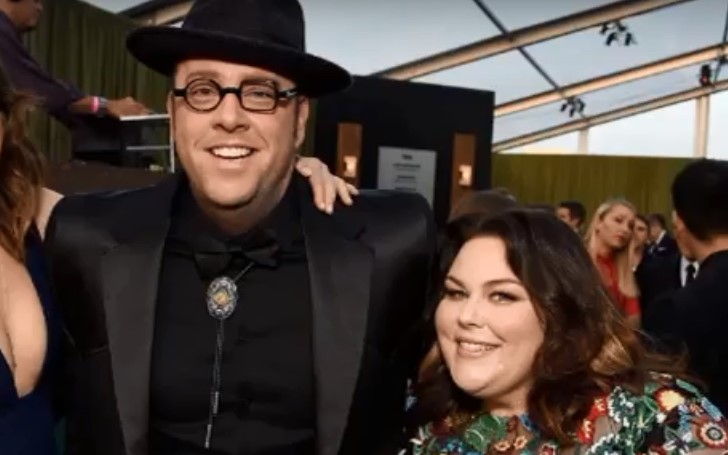 Martyn Eaden, a name probably new to many of you, is a British journalist and a writer. We can understand you saw Martyn's name pop on your screen when you tried to know more about 'This Is Us' star, Chrissy Metz.

Chrissy Metz, who is her journey to lose weight, found her fame through a 2016 NBC series, 'This Is Us,' where she played a character of 'Kate Pearson,' her role gained so much attention from the fans, she was people's favorite overnight, and so did happen for the English Journalist, Martyn Eaden, too.

Despite Eaden never liking the spotlight, his short marriage with the 'This Is Us' star overwhelmed him with all the attention he never wanted. But adamant to never disclose his private life to the public, to this day, you will find it hard to get a decent picture of the British writer, and no social, of course. There a few known facts about the journalist we thought might interest you, so let's just find out.

Martyn Eaden is from Britain and is a journalist and a writer, and former husband of Chrissy Metz.
Source: YouTube

We are as amazed as you, how did he even end up with Chrissy Metz, because the two are like the polar opposite when it comes to the personality. While Chrissy always on the spotlight and loves attention from her fans, Martyn is "NO-NO" to all the limelight and paparazzi.

Also See: Thomas James Burris and Karen Carpenter — Life Together Before the Singer's Untimely Death in 1983

The only known facts about Martyn is he hails from Britain and worked as a journalist before finally settling as a writer (copywriter).  A few sources claim the writer worked for some Hollywood projects but yet to disclose the details of the films/series. Only known credits under Martyn's name are 'Spurned,' 2016 short (as a writer), and 'Death Factory,' a 2014 feature movie. Eaden was credited 'Special Thank' for the film.

Martyn Eaden and Chrissy Metz tied the knots in 2008

As we progress to write more about the writer, the more you will feel like we are making up a story about some unknown made-up character, but this is the reality. There's so little information about the writer, so everything we write about Martyn Eaden, it's going to feel like we are bluffing. But bare with us, we are trying to give you as much [right] information as possible.

So, Martyn Eaden and Chrissy Metz tied the knots in 2008, and as we expected, the former couple's marriage was a private ceremony, where only a few friends and family attended.

But legend has it, the couple met way before in the early 2000s, and they continued to know each other before they finally decided to go the next phase of their relationship, i.e., marriage. However, the couple's long wait did not prove fruitful, and after a couple of years, the former husband-and-wife separated their ways in 2015.

Despite being together for more than seven years as husband and wife, Martyn Eaden and Chrissy Metz don't share a child. Maybe, they always had a hunch, their long relationship, which turned into a marriage, was not going to last long.

You May Also Like: Who Is Mattia Polibio Dating? Who Is His Girlfriend?

After their split, the former couple doesn't seem to be amicable, and they both are busy doing things they always did, Chrissy is more active on her acting career, while Martyn Eaden is busy writing.