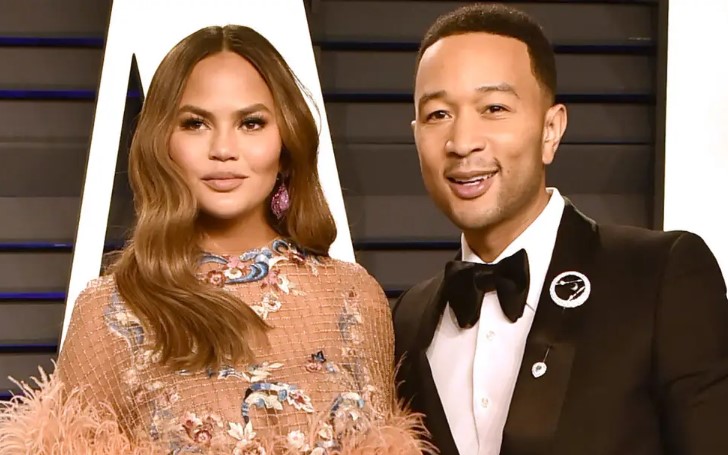 Chrissy Teigen showed off her baby bump, and fans, including Teigen herself, are surprised how quickly the bump is growing.

Good news is coming for Chrissy Teigen and her husband, John Legend. The couple is all set to welcome their third baby.

Well, the model revealed earlier this month she is expecting, but she recently showed the baby bump.

Baby bump is bigger and fans including Chrissy herself is surprised how quickly the bump is growing.
Photo Source: Instagram

The 34-year-old model recently showed her fans and followers how quickly her baby bump is growing.

Also Read: Who is Andre Marhold's Girlfriend? Find Out About His Relationship

Chrissy took to her Instagram account to give her fans a closer look of her bare belly, where she was seen wearing a white kimono.

On her Instagram video story, as Chrissy reveals the bump, she says, "Wow! The third baby goes fast. How is this possible?"

Teigen and Legend, who tied the knots in 2013, are already parents to their two kids, daughter, Luna Legend,4, and son, Miles Legend, 2.

The video, which was later added to the fan account, also received well wishes from the fans.

One fan wrote, "Sweetest family ever. So happy for you."

Next fan wrote, "February is coming so fast❤️❤️❤️❤️"

While some fans doubt it's a twin as the baby bump seems big. Well, let's see what it is. Chrissy is due sometime in early 2021, as some fans suggested, February.

You May Also Like: Bella Thorne Joins OnlyFans and Makes $2 Million in a Week