home Lifestyle Who is Cole Hauser's Wife? Learn About His Married Life

Who is Cole Hauser's Wife? Learn About His Married Life 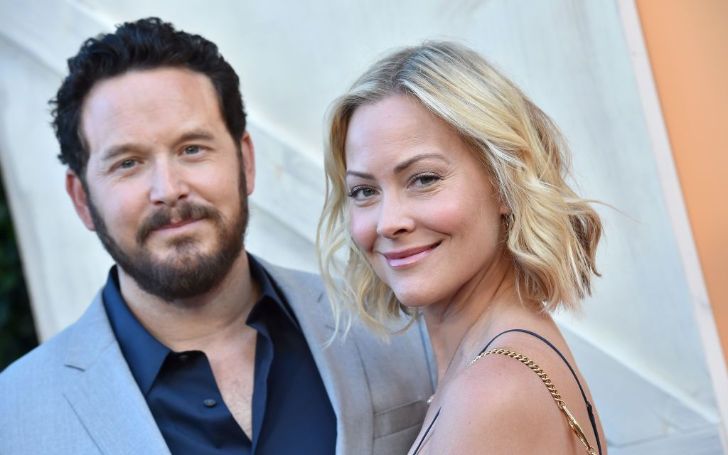 Cole Kenneth Hauser is an actor widely known for his role in Higher Learning, School Ties, Dazed and Confused, Good Will Hunting, Pitch Black, Tigerland, Hart's War, Tears of the Sun, and many other hit movies. He's not only earned fame but also quite a lot of money from his career as an actor.

Cole was born in Santa Barbara, California, on March 22, 1975, to Cass Warner, who founded the film production company Warner Sisters and Wings Hauser. At an early age, he half-heartedly pursued school but heavily participated in sports.

Born in a prominent family, many wonder about his family life. As of now, Cole is happily married to a former actress and photographer.

Who is Cole Hauser's Wife?

Cole leads a blissful life with his wife, Cynthia Daniel. They have been married for more than one decade. Cole's wife is a former actress and photographer who owns her company, Five Arrows Photography.

Related: Who is Billie Lourd's Husband?

Cynthia and Cole share three kids. The couple welcomed their first ever child together, Ryland, in 2004. After years later, their second child, Colt, was born in 2008, and lastly, in 2013, their third child, Steely Rose.

Benny From Dazed And Confused: Why Does He Look So Familiar?

The faction classic stoner comedy "Dazed and Confused" firstly didn't get as much success but slowly spread in popularity over the years — thanks, in part, to iconic lines like Matthew McConaughey's.

Why does Benny from Dazed and Confused look so familiar?
Photo Source: Looper

The catchphrase, "Alright, alright, alright." "Dazed and Confused" highlighted different groups of high schoolers on their last day of class in 1976 and likewise, along with their ridiculing rituals, nighttime hangs, and the various ways the kids toast the start of summer while worrying about the future.

The football player in "Dazed and Confused" was Benny O'Donnell, played by Cole Hauser himself. Yet, another actor who's gone on to appear in tons of projects soon.

Yellowstone fans are eager to know any news about their favorite show as they await the premiere of season 4. While no knowledge about season 4, it seems that one of the show's cast gave confirmation that a fifth season is already starting the work.

During the time interval of 30 min interview, HALL Wines proprietor Kathryn Walt Hall raised a question to Hauser about the show's future. Hauser proclaims, "The way season 4 ends, I think the audience...will be happily surprised with a lot of things."

Don't miss out: Who is Norman Reedus' Wife?

"This is tantalizing," Hall made a response, and then she raised a question if viewers can expect something more "racy scenes" in season 4. "Trust me..season 4's got plenty of that. I can't talk about season 4, but it's more of the same with Beth and I," Hauser revealed.