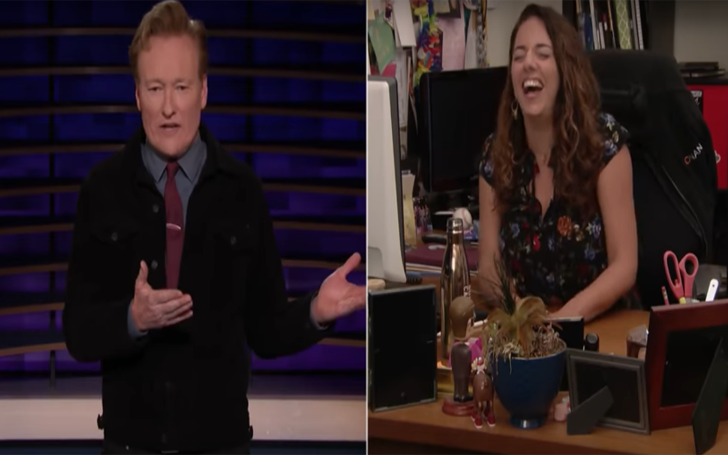 Robert De Niro is seeking damages for an assistant binging Netflix at work and Conan is making his assistant break the record of De Niro's assistant!

The news flew in yesterday which stated Robert De Niro was suing his former assistant, for watching Netflix at work and embezzling money, who was later promoted to vice president of finance and production. Chase Robinson was the accused in the $6 million lawsuits filed by De Niro’s Canal Production.

In the complaint filed by the company, the statement states the assistant who was paid more than $300,000 for her job was embezzling money from the company. According to the plaintiff, Robinson spent more than $30,000 on Ubers and taxis and more than $10,000 on food at a close-by restaurant over a time period of two years.

Robinson was also accused of using Robert De Niro’s frequent flyers mile and transferring more than $125,000 worth of miles to her account, but those are not the only thing the plaintiff is accusing the former assistant of. The funniest thing on the complaint was the fact Robinson was accused of watching fifty-five episodes of Friends in four days.

The complaint read, “Watching shows on Netflix was not in any way part of or related to the duties and responsibilities of Robinson's employment and, on information and belief, was done for her personal entertainment, amusement, and pleasure at times when she was being paid to work.”

Well, it was the serious side of things, but on the other side of the spectrum is the host of 'Conan' who was making fun of the whole situation and also relating with the circumstance of an assistant watching TV shows while on the job. Conan O’Brien said to his audience he also knows an assistant who likes to watch series at work and showed his assistant Sona Movsesian.

The camera cut to Sona who was busy on her computer and Conan asked her if she watches TV shows at work, and she replies in the affirmative and also defends her choice of watching series at work. Then Conan asks her how it felt to hear the news of De Niro’s assistant watching 55 hours of Friends work. Sona replied, she took it as a challenge for herself, to which Conan asked if she can binge-watch the series and break the record.

Watch: The episode and scene Sona is talking about in the above clip

Sona tells Conan, she already started and is more than ten episodes in her binge-watching session. Conan said they are going to check back in tomorrow to see her progress on how far she’s reached.

On the one hand, there is a $6 million lawsuit, and on the other hand, there is Conan who makes his assistant break the record. It is not a funny thing, employees watching shows at work but Conan is making the levity of the situation is still funny.