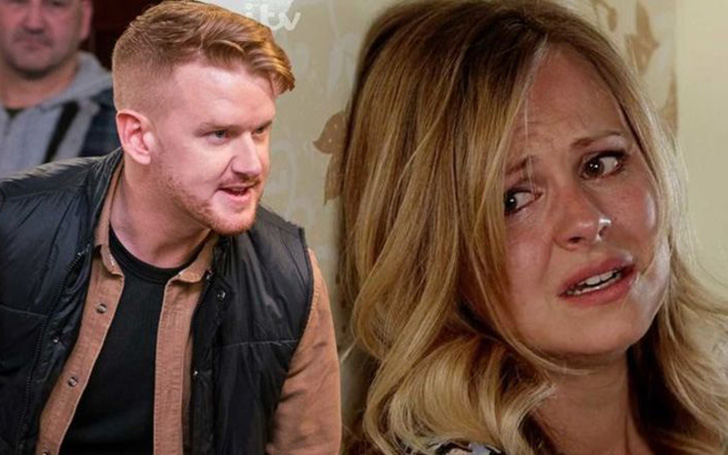 The builder, Gary Windass recently came off as a new super villain of cobbles', for being the person behind the Underworld factory roof collapse which led to the tragic demise of Rana Habeeb earlier this year.

As the news broke through, things seem to be going completely out of hand for the fictional character as he is subjected through the troubles with the devious loan shark Rick Neelan.

Yet, after going through a gruesome fight in the woods at the start of the week, Rick's grim fate seems at a very critical state as Gary returned to the Platt's house alive and well.

Check Out The Early Reactions For 'Annabelle Comes Home' >>>

However, as Sarah Platt told him their relationship was over for good, a bombshell was dropped on him out of nowhere. As Sarah sat down alongside him and went elaborately through the issues, she let him in on the fact that "too much had happened" for the couple to still be together.

"I love you too, but I won't ever, ever be able to trust you again,"

While adding that it was way too late for them now.

Adding that she hadn't been happy with Gary for a "long time.", Platt also squeezed in the information that she had started seeing Adam Barlow for quite a while now.

Giving a rash reaction, the builder beseeches her to stop telling him that it was over, before losing it and lunging at her.

Sarah is 100 times better than Gary and deserves to be happy. He is a pathetic mess who can't handle that it's over and thinks putting his hands on her is acceptable 😡 horrible character #corrie

Quite shocked then when Gary hurt Sarah #Corrie

Oh my god Gary's showing his violent side again #corrie

Gary, don't take it out on Sarah. #Corrie

He screams while shoving Sarah against the wall,

"You've got no idea the things I've done for you,"

Sarah then hastily urged her ex to "get out" of the house, before breaking down in tears.