Cowards! David Benioff And D.B. Weiss, D&D Will Not Attend The Game Of Thrones Panel At SDCC 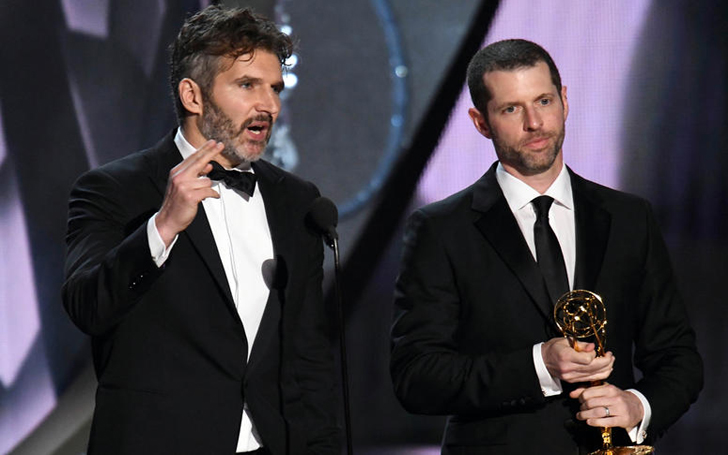 The two cowards of Game of Thrones are skipping their day of reckoning with the fans.

Talk about spineless swine, 'Dumb and Dumber' are not coming to the comic-con like ever one expected them not to, because they are the world’s biggest yellow bellies. Both of them said they would attend comic-con but chalk this up to the numerous things they promised that never came to fruition.

In a tweet sent out by HBO, they updated the new lineup of panelists attending the Hall H discussion for Game of Thrones. This lineup showed no mention of the two evil bastards as they gave no reason for dropping out of the panel. This is not a new thing for the worst writers in the history, as they killed characters in the show before like 'Ser Barristan Selmy', without giving any reasons, because it served their massive Mount Everest sized egos.

When it was announced the two writers of Game of Thrones would be joining the panel at the comic con, fans were hopeful of airing their grievances and find something that resembles some semblance of closure. But in a classic D&D fashion, all your hopes were dashed and burned to a husk by D.B Weiss and David Benioff.

Both the writers came under heavy fire and scrutiny after the final season came to a screeching stop. Just imagine the hate of fans as a petition to remake the last season of Game of Thrones with different writers got so much attention, it garnered over 1.5 million signatures on petition site. Most of the hate was directed towards the creators of the show (SPOILER ALERT! If you haven’t seen the final season of Game of Thrones and also a humble request if you don’t know of the show, please don’t watch and put yourself through the misery) as Daenerys was said to be a good Targaryen for the entirety of the show and then she went all psycho then burned the whole Kings Landing to the ground. Fans were even ready to come to Hall H dressed as 'Septa Unella' to shame the creators of Game of Thrones TV show.

The actors of the final season backed the show as they defended the last six episodes, but no one, in particular, came to the defense of D&D. But recently, Coster-Waldau stood up for the defense of the creators. He said, “For anyone to imagine or to think that the two creators of the show are not the most passionate, the greatest, the most invested of all, and to for a second think that they didn’t spend the last 10 years thinking about how they were going to end it is kind of silly. And also know that they too read the comments. … We worked our asses off to make the best show we could for the ending.”

Watch: The trailer for the final season of GOT

We get that sentiment, and before the final season aired, we were all thinking the same thing. These people were hired to make the show, and they are preparing for the last season for some 3-4 years now, no way are they going to f**k it up but we were all wrong. The creators went for the shock factor instead of storytelling, in their mission of shocking the audience, D&D sacrificed storytelling. In their mission of providing shallow reunions, the creators sacrificed years of story-building, and Coster Waldau is himself a victim of the two creators’ superficial writings. You are going to tell us that Daenerys forgot about the Iron fleet when an episode earlier she was herself talking about the Iron fleet. You are going to say to us that Euron didn’t hear about Cersei’s pregnancy and Euron lost his aiming capability in the fifth episode. This is not something that prepared writers do; they don’t forget about the story beats and character arcs, which is their whole job.

To rub salt into the wounds the final season was nominated for 32 Emmy awards including best writing for the last episode. (Sigh)

They did the deed, and now in a smart move for themselves, they are throwing the show’s actors towards the fans because the fans can’t be mad about the actors who were just doing what they were told. The cowards should’ve shown their face and talked it out with fans, giving some amount of explanation. But since they decided to hide behind the actors, we are taking an oath, from this day forth we are not going to watch any shows or movies with the names David Benioff and D.B. Weiss attached to them in any shape or form, which includes the new Star Wars series from the two writers. Until that day, they are brave enough, to come in front of fans and talk it out about the final season of Game of Thrones.