home Fashion Dancing With The Stars Cheryl Burke and Matthew Lawrence Are Recently Married! Check Out Their Wedding Dresses

Dancing With The Stars Cheryl Burke and Matthew Lawrence Are Recently Married! Check Out Their Wedding Dresses 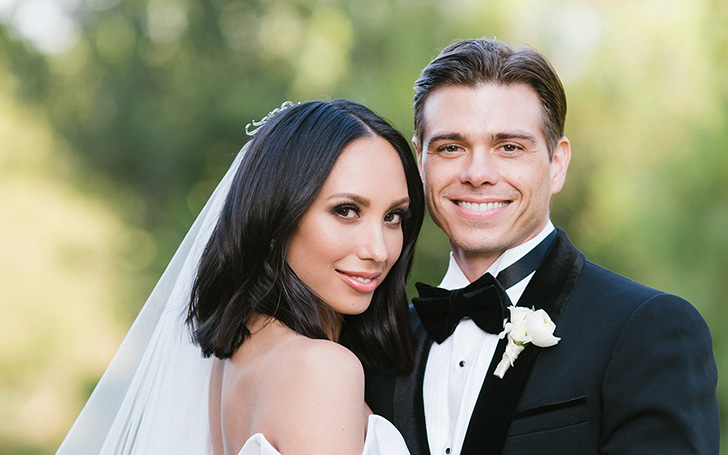 American actor-dancer Cheryl Burke said 'I do' to her longtime love Matthew Lawrence in an intimate ceremony on Thursday evening at the Fairmont Grand del Mar in San Diego, California.

The couple walked down the aisle just a year after Lawrence,39, proposed to his girlfriend on Cheryl's 34th birthday and kept the ceremony small and intimate.

The beautiful bride wore a dramatic off-the-shoulder white Romona Keveza gown with straps hanging at mid-length on her upper arm and a six-foot train.

The 35-year-old model accentuated the dress with a long veil in her dark brown lob, several diamond bracelets while carrying a bouquet of calla lilies.

The ABC star went the glam route (although, it wasn't too over-the-top) with charming freckles were on display and opted for nude lips, a subtle contour, and smoldering smoky eyes.

Cheryl's prince charming also looked extremely handsome in his precious day sported in the Black suit with a beautiful white flower in his pocket.

“Matt brings out the best in me,” Burke, 35, told PEOPLE days before the nuptials. “He enjoys every moment and that helps me appreciate life even more.”

The couple met when through Matthew’s brother Joey Lawrence on “Dancing with the Stars” in 2006. The duo proceeded to give a romantic relationship a go-between Feb. 2007 and Feb. 2008.

Burke and Lawrence rekindled their romance in 2017 and here we are now with life-long vows.