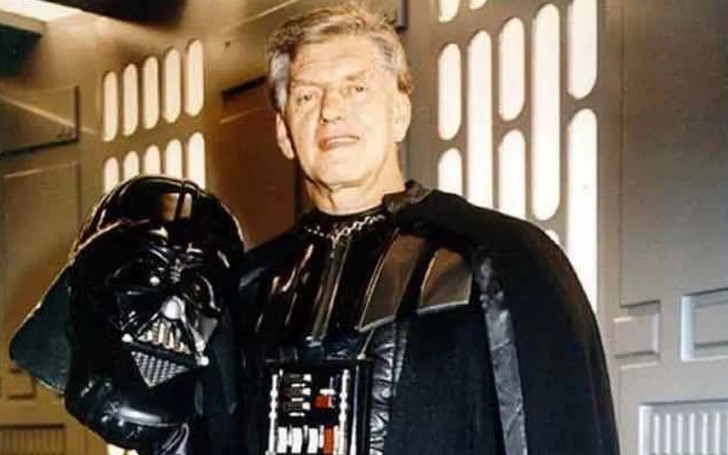 Star Wars actor, David Prowse, who portrayed the role of Darth Vader died at the age of 85.

Darth Vader actor David Prowse died at the age of 85. According to the reports, the actor passed away following a short illness.

David appeared in the original Star Wars trilogy and portrayed the role of Darth Vader. The actor was born in Bristol, David was formerly a bodybuilder before trying his hands at the acting career.

Following the announcement, many fans and friends of David took to their social media to post their tribute.

Even Mark Hamill paid his condolences. Taking to his Twitter, Mark tweeted,

"So sad to hear David Prowse has passed. He was a kind man & much more than Darth Vader. Actor-Husband-Father-Member of the Order of the British Empire-3 time British Weightlifting Champion & Safety Icon the Green Cross Code Man. He loved his fans as much as they loved him. #RIP"

"Sad to hear of the passing of Dave Prowse...The ultimate villain for a lot of Star Wars fans around the world... I met him at a fan event & he was a gentleman with some great stories...!!☹️☹️.. It goes without saying and to paraphrase that famous line..'May The Force Be With Him.'"

"More sad news.  Dave has gone. I don’t think 3PO ever faced Vader’s mighty presence on set, other than as a bag of bits on Chewie’s shoulders in the carbon freezer. But Dave’s iconic figure dominated the finished film in '77 and has done so ever since. And will continue to do so."

You May Also Like: Steve Carell Makes His Fans Emotional in His New Xfinity Commercial