home Entertainment What is Daryl McCormack's Net Worth? Learn About His Wealth and Earnings Here

What is Daryl McCormack's Net Worth? Learn About His Wealth and Earnings Here 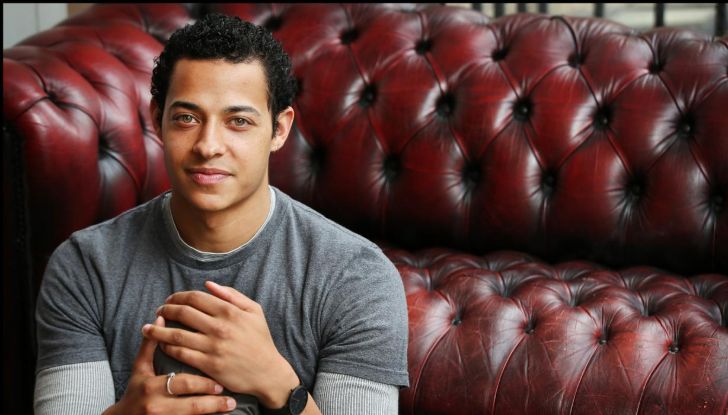 Daryl McCormack's Estimated Net Worth in 2021: Complete Analysis Of the Actor's Wealth Here!

He gave a splendid performance as Isaiah Jesus in the British Crime drama, Peaky Blinders. However, few know that the handsome hunk had already marked his place in his native Ireland cinema with the Irish soap opera Fair City. Daryl McCormack, born to an Irish mother and an American father, has seemingly got the best of both his parents, looks-wise, and now, he is on a path to a successful career as well.

Graduating from Gaiety School of Acting, majoring with Bachelor in Arts, Daryl's venture in the film is relatively a new feat. His first-hand experience in acting was in theatre; he reportedly made his theatre debut in Macbeth and later in Romeo & Juliet. As reports of McCormack being cast opposite some A-listers have surfaced, fans are curious as to how much the actor has made in the short span and what his career in acting looks like in the next few years.

How Much Is McCormack Valued at in 2021?

After becoming a public figure via Fair City, Daryl landed roles in TV works like Vikings, Immortality, Cleaning Up, and Peaky Blinders, which made him a global star and bestowed him extensive fandom. McCormack has done comparatively more films for an up-and-coming star than his counterparts like Fionn O'Shea, Jordan Bolger, and more.

McCormack rose to fame with his character Isaiah Jesus in Peaky Blinders.
Photo Source: The Times

His other works that weren't as big as Peaky Blinders are Pixie, Dawn, Neon, Inner Child, and a few more. Resonating with his expansive list of films and shows done so far is McCormack's estimated net worth, which clearly stands out from other newcomers' acquired net worth.

Don't Miss: What is Kate Abdo's Net Worth? Learn About Her Wealth and Earnings Here

McCormack strike big as reports appeared that the actor is set to star opposite Emma Thompson in the upcoming Sophy Hyde's directed, coming of age comedy film Good Luck to you, Leo Grande, expected to release late in this years.

Very distinct from characters he has played before, Daryl is reportedly portraying a young sex worker Leo Grande, who is hired by Nancy Strokes played by Thompson in the movie, Daryl's latest release was the comedy crime Pixie in 2020, which didn't do so well, but, hopefully, for the young Irish star, his best and the worst are still far-off in his recently begun career.

Recommended: What is Matthew Perry's Net Worth? Find Out About His Earnings and Wealth Here

Another project in which you can watch Daryl's on-screen charisma is Amazon's The Wheel Of Time. Following its massive success worldwide, the series was recently renewed for the second season, but its release date is still in question because of the pandemic. The epic fantasy series stars Rosamund Pike, Josha Stradowski, Marcus Rutherford.

McCormack is only known by his blooming career as of now. The actor has kept even the basic info about him away from the media, let alone his personal and romantic life. McCormack doesn't have an Instagram account and is hardly active on his Twitter handle. But lucky for Daryl, his fans, with the utmost vigor, have been keeping tabs on the actor and his work, updating it timely on social media platforms.