home Entertainment What is Kate Abdo's Net Worth? Learn About Her Wealth and Earnings Here

What is Kate Abdo's Net Worth? Learn About Her Wealth and Earnings Here 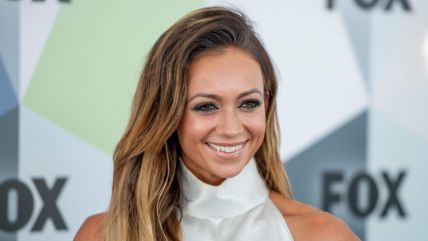 How Much Wealth Does Kate Abdo Possess in 2021? Complete Report Here!

One of the very few notable female presenters in a male-dominated sports world, Kate Abdo's is a name that is being counted amongst the top roster for years now. Known for her splendid prowess in sports broadcasting, Kate holds an excellent record in her career, which many can only dream of.

Kate Abdo is a Manchester-born sports journalist, a Manchester United fan. Her parents were huge football fans, and in fact, she says, she got her ardent love for the sport through her parent. She is better known for her time as an anchor and presenter in Sky Sports. However, Abdo owes her flourishing career to a News Network in Germany. Following is a detailed report of Abdo's career and her approximated wealth in 2021.

Inside Kate Abdo's Soaring Net Worth!

A most-sought name for sports events and Networks now, Kate started her career in a state-owned News Network called Deutsche Welle, where she covered news in English and German. Abdo is fluent in four languages, Spanish, English, German, and French.

An international star, Abdo started her career as a sports journalist from Germany.
Photo Source: US Daily Report

Following her time in Germany, Kate was presented with an opportunity to work at CNN. She became an international presenter and went on to occupy positions at Fox, Turners, and many independent events. More than a decade in her high-profile job, Abdo's estimated net worth in 2021 is estimated to be $1.5 million.

Recommended: What is Matthew Perry's Net Worth? Find Out About His Earnings and Wealth Here

Abdo has worked in several renowned sports networks during her career, and needless to say, her salary as a presenter, hefty though, has varied throughout. As per sources, she was paid $80,000 annually in Fox News, and at CBS News, where she is appointed currently, Abdo reportedly earns £25,000.

She also covers DAZN boxing and is known for being an ambitious and competitive woman who has kept her personal life at bay not to overshadow her career. Head to Abdo's Instagram @Kateabdo, where she boasts 113k followers and keeps them updated on her works.

In a recent event, Abdo couldn't get hold of her emotion as she witnessed Manchester United lost to Villarreal in the Europa League Final on 27th May. Abdo responded emotionally on the scene; even tearing up for a bit had people question her probity as a professional.

Her colleagues Micah Richards and Jamie Carragher, seen laughing hysterically at the result, teased Abdo at her impulsive reaction. Carragher, the pundit of the CBS Sports show, passed a light yet clear comment at Abdo. 'When you're the presenter of a show, I'm sure you have to be impartial, 'Show no emotion, whether that's in victory or defeat", said Jamie.

Check Out: What is Monica Lewinsky's Net Worth? Learn all the Details Here

This isn't the first time Abdo's integrity as a professional was questioned; just a few months back, the 39 years old was ruthlessly trolled for passing an awkward sperm compliment after Ryan Garcia defeated Luke Campbell in DAZN Boxing. Abdo's name has also been making around for another reason, her ambiguous relationship status.