home Entertainment Deena Cortese is Pregnant With Her Second Child

Deena Cortese is Pregnant With Her Second Child 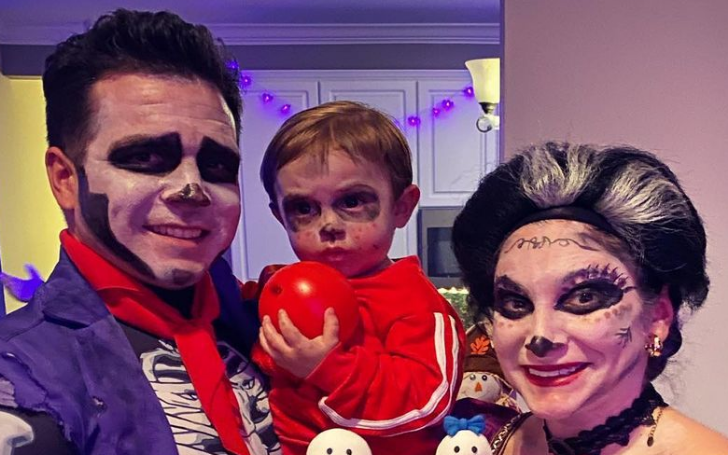 Deena, while announcing the news that she is expecting her second child, also revealed she is welcoming a new child on May 1, 2021.

During the time, Cortese wrote,

"We’re so excited to announce we’re expecting Baby Buckner #2 May 1, 2021, 🥰 Our hearts are filled with so much love and joy! CJ is going to be the best big brother ever!!! #blessed #growingfamily sooo for everyone that was asking YES YES YES ..I’m pregnant ❤️"

Recently, the reality television star, Deena, also revealed the gender of her upcoming child. Cortese shared the news as their small Halloween party doubled as a sex-reveal party.

As seen in the post, the couple shows off a cake with "Boo-y or Ghoul" written on it, and when they cut it open, they saw a blue-colored cake.

On her caption, Deena wrote,

Following the announcement, many fans took to the comment section to congratulate the couple.

"Cutest reveal ever!! 🤗 so happy for you! Happy Halloween 🎃😄"

"Yay 💙💙 congrats from one all-boy mama to another."

"What a cute gender cake! Congrats! Boys are the best 💙"

You May Also Like: 'The Mandalorian' Returns with it's Polished Second Season in Disney+