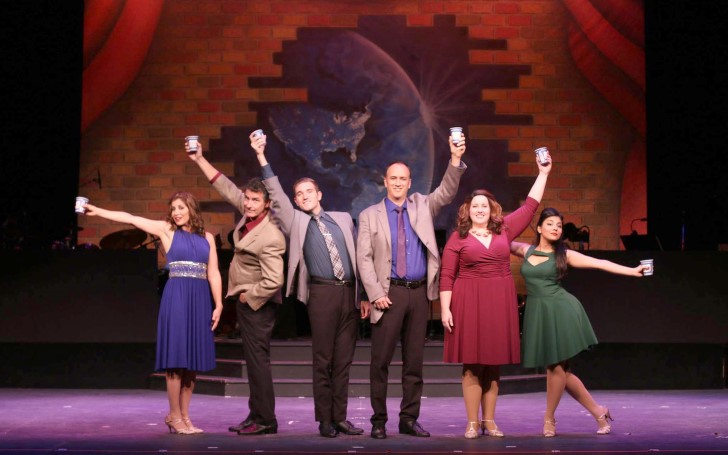 Marking an ongoing effort to expand offerings with special engagements, the Playhouse features outstanding performances by actors and vocalists ranging from South Florida, Chicago, to Broadway.

DaVinci & Michelangelo: The Titans Experience produced by Mark Rogers who is the curator of the DaVinci Machines and Michelangelo Exhibitions from the Museum of Leonardo DaVinci in Florence, Italy. The Italian Renaissance based performance depicts the awe-inspiring journey from the perspective of the monumental and fierce competitive geniuses then, Leonardo Da Vinci and Michelangelo.

This multi-media performance includes movies, 3-D animations, and images of DaVinci and Michelangelo's inventions, machines, images of codices, artwork, paintings, and sculptures. The performance will hit the Chicago based theatre for two days on Monday, March 25th and Tuesday, March 26, 2019, at 7:30 p.m.

Another upcoming performance Joe Posa as Joan Rivers LIVE! on the Playhouse is actually a tribute show to The Delray Playhouse by an award-winning actor and celebrity impersonator, Joe Posa.

The show brilliantly recreates the comedy legend Joan River's entire look, mannerisms, and signature frenetic energy in an hour of non-stop laughs. The show will be released on the theatre on March 29, 2019, at 2:00 p.m.

The theatre will also be featuring Robert Dubac's newest Off-Broadway solo hit, THE BOOK OF MORON. The fast-paced hilarious combination of satire and theatre draws attention to the decade long experience in writing, acting and stand-ups eventually creating solo shows which explores social mores, political ideas, and the complexity of the human experience. Dubac's creation comprises of a simple story based on a character with extraordinary wit full of rapid-fire satire.

"Riding shotgun with intelligence and absurdity, THE BOOK OF MORON crashes head first into the barriers of sex, race, religion, politics and the media. It may be offensive to some, but there's laughter for all!"

One of the outstanding community theatres from the US, situated on Lake Ida, the Delray Beach Playhouse has presented exceptional community theater shows since 1947.