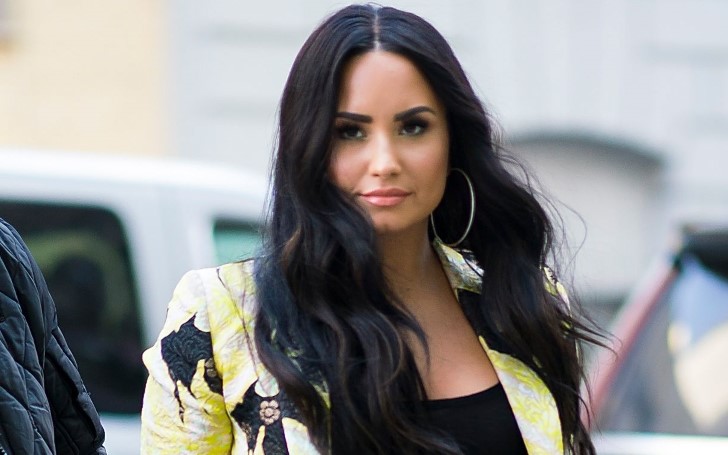 Demi Lovato surprised the world with her new hairdo’ sharing the before and after shot of her hair through a series of an Instagram story on Sunday evening.

The Heart Attack singer expressed that she had chopped off a major length off of her long brunette hair. Moreover, she also showcased that she had chosen to go for a nice shoulder length bob instead. She has also gone darker on her locks going back to her signature sleek dark brunette do. 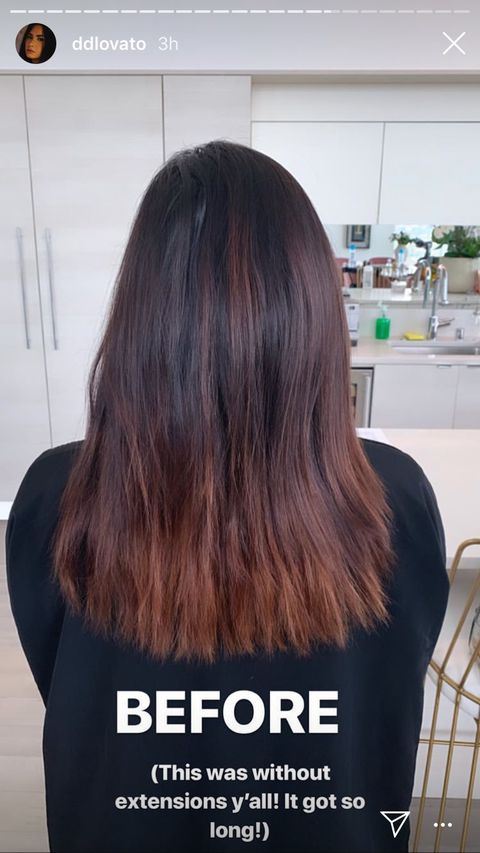 Showing off the new and amazing look to her fans, Demi included a series of photos including a before photo, an after photo and then a nice selfie showing off the frontal look of her new hairstyle. 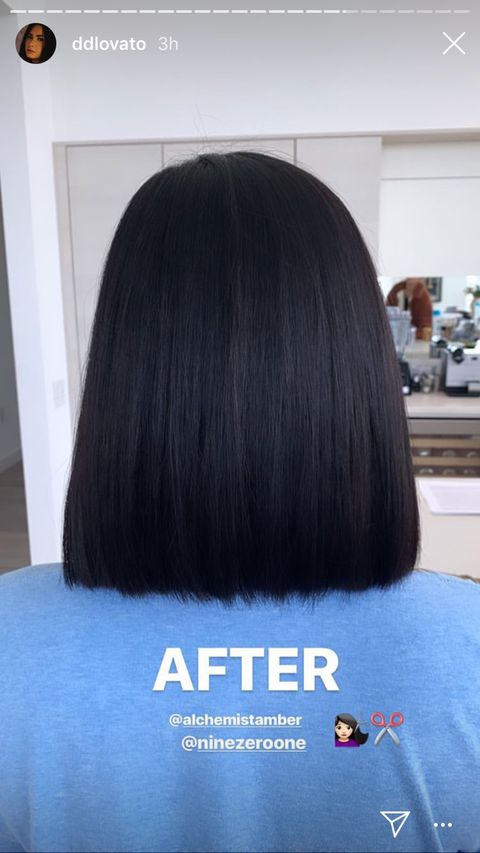 Demi Lovato is taking major steps in an attempt to prove that you don’t need the ideal body image to make a stand in Hollywood. The “Skyscraper” singer has time and again embraced her curves and sent great messages of empowerment to her global fanbase.

It is a well-known fact that Lovato has often struggled with her image. Moreover, she recently spoke out about her own battle with an eating disorder. Lovato maintained that while she was missing her ex, Wilmer Valderrama she found herself deep into an eating disorder.

Trying her best to move past her poorly lit days, the singer is showcasing to the world about what the path looks like.

Posting on her Instagram, Lovato has been showing off her natural body in the best way possible. Showcasing a boomerang video, the singer grabbed her stomach and wrote, “Stretch marks and extra fat..and yet I still love myself”. 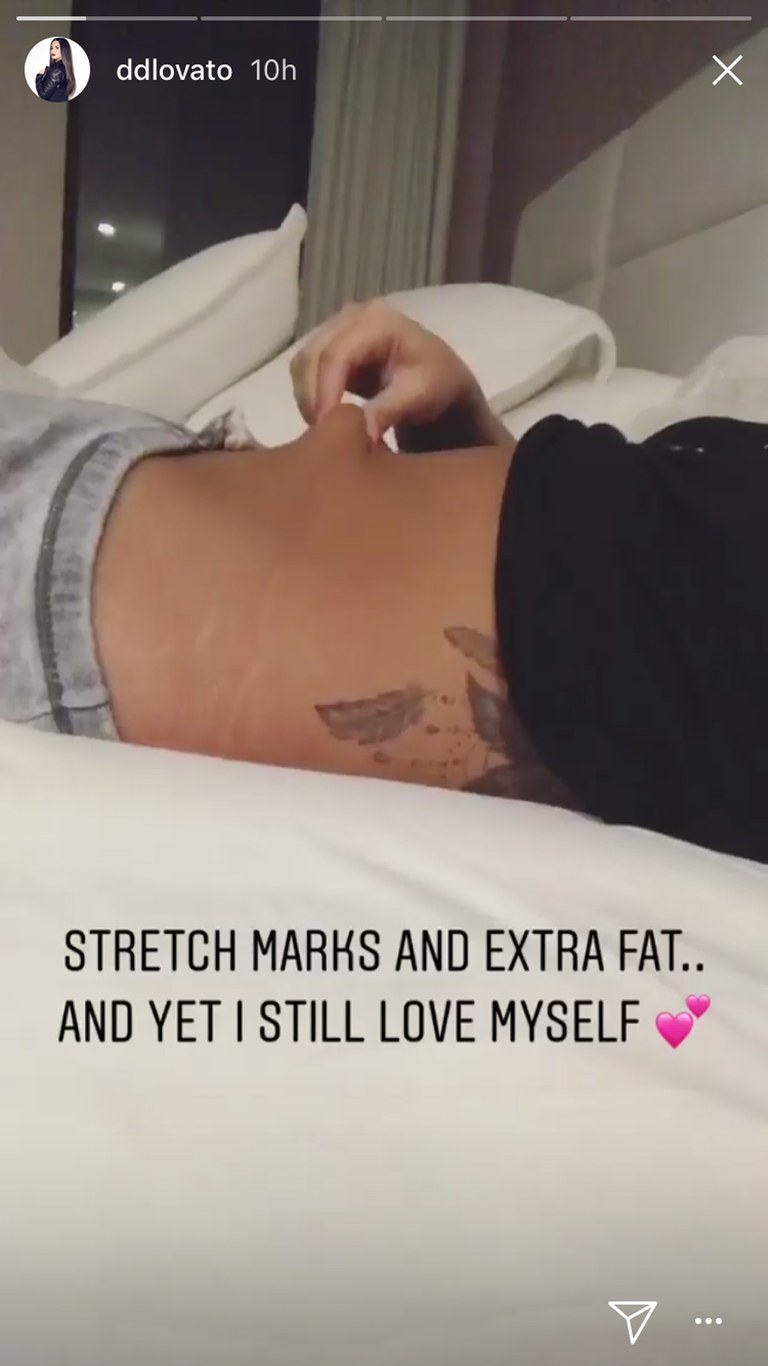 The post was followed by a rear-view shot of her in the mirror. Sporting a tiny pair of kickers, Lovato wrote drawing an arrow to her leg “Cellulite and yet I still love myself”.

Contrary to public opinion that a musical star must have bodily features of a barbie, Lovato totally acknowledges her unique body structure. Whatever anyone thinks, there is no doubt that Lovato is rocking her body and promoting positivity while doing so.