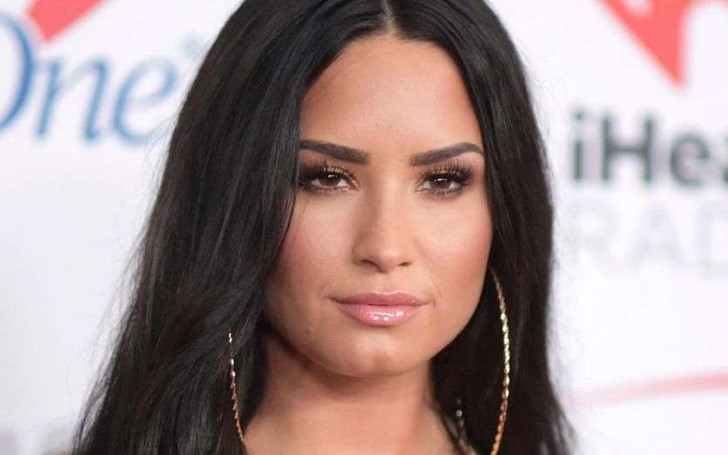 Demi Lovato calls out Instagram for allowing fat-shaming ads on her feeds.

American singer-songwriter Demi Lovato is slowly making her way back onto social media as she continues her rehabilitation from an overdose back in July 2018.

Meanwhile, Lovato is often recognized for her bold nature. She is not afraid to use her voice and platform to call out things she takes issues with especially when it's related to the body.

Demi is troubled with a fat-shaming video game ad that popped up on her Instagram feed. The 26-year-old singer called out the photo application and the creators of the game on her Instagram story.

Moreover, in that ad, there were two types of animated women, one obese and another pretty. Demi further stated her opinions in that photo:

“Why is this fat shaming bulls—t on my feed? So many things wrong with this ad. You can be ‘pretty’ at any weight.” 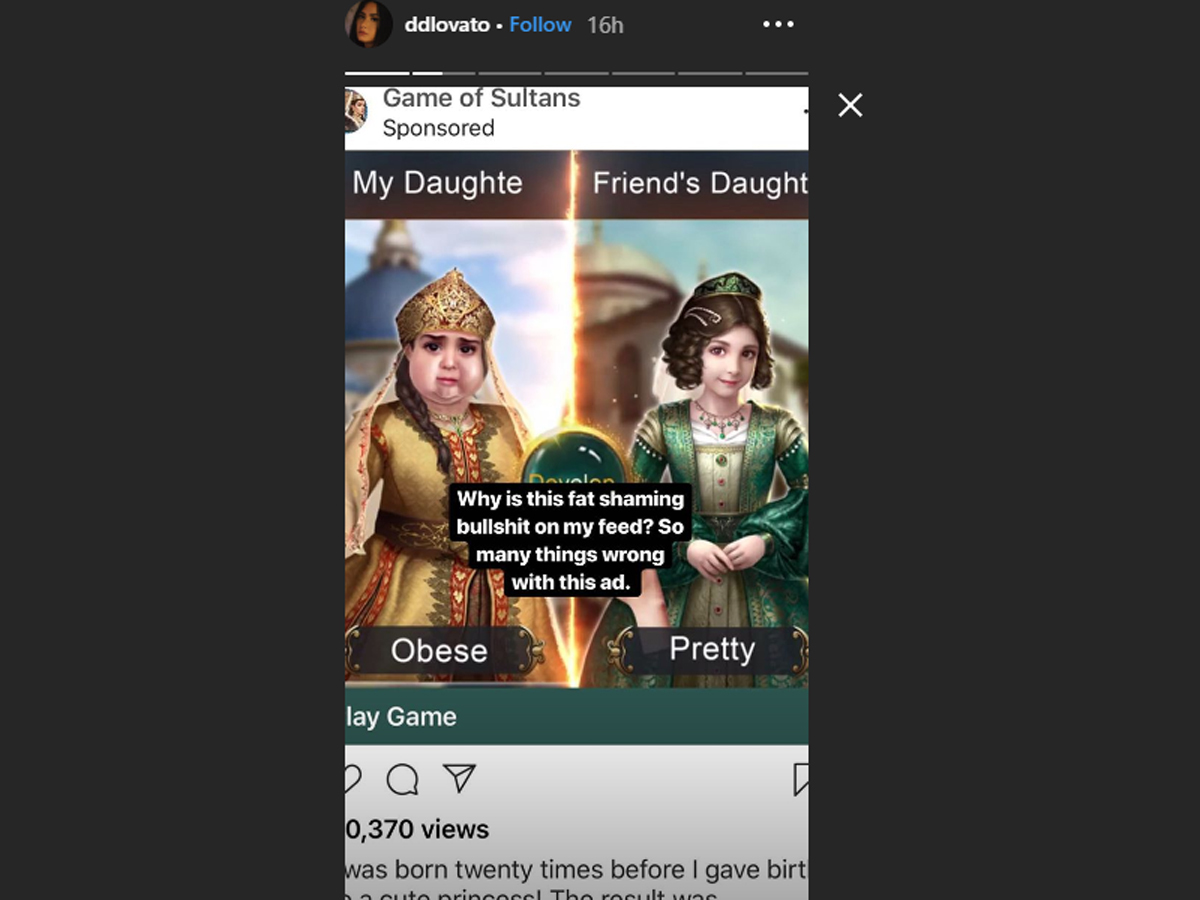 Source: The Economic Times
The Disney alum extended in a series of Instagram Story posts:

“This is absolutely harmful to anyone who is easily influenced by societal pressures put on us from the diet culture to constantly be losing weight in a world that teaches us to equate our value and worth with the way we look and especially anyone in recovery from an eating disorder. Especially when eating disorders are all about control.’"

Demi Lovato then called out the social media platform directly where she stated:

“So please Instagram, keep this bullsh—t off mine and other’s feeds who could be easily effected by this disgusting advertisement.”

“With how aware people are becoming of mental health and mental illnesses, I expect you guys to know better by allowing this advertisement to be allowed on your app. And shame on the game.”

“We’re sorry. This ad was approved by mistake. We reviewed it again and removed it from future delivery in people’s feeds.”

The Grammy nominee, Demi, who completed another stint in rehab after her near-fatal overdose in July, revealed about her struggles with an eating disorder, calling it a “life-long disease” in a 2011 interview. She explained:

“I don’t think there’s going to be a day when I don’t think about food or my body but I’m living with it, and I wish I could tell young girls to find their safe place and stay with it.”

Meanwhile, Kim Kardashian also supported Lovato for holding Instagram accountable on 5 January 2018. Meanwhile, the Sorry Not Sorry songstress continued in her own tweet:

“Always speak up for what you believe in!”

Lovato was tempered about her continuous battle in December 2014 and credited then-boyfriend Wilmer Valderrama for taking care of her. She stated:

“It’s been difficult. I almost went back to rehab for my eating disorder last summer. I was obsessing over food and terrified of it at the same time. Wilmer noticed and called me out on it, which was a relief.”

Demi who recently made a new relationship with her love interest actor, Henry Levy further explained about her overdose:

“I was done being afraid of food and so tired of overeating and not knowing why I did it. Now I’m on a structured meal plan. I eat four small meals and two snacks a day. It’s teaching me portion control.”

Demi also shares several pictures of her body in hopes to increase body positivity and inspire women to feel great about themselves.
The singer who largely remained out of the public eye amidst her treatment is spending some quality time with rumored boyfriend Henry Levy, whom she met during a previous rehab stint.

Demi Lovato who struggled being hospitalized for a near-fatal drug overdose is now back on social media increasing high hopes and self-confidence among all her well-wishers.