Some Interesting Facts to Know About the American YouTuber Dennis Roady 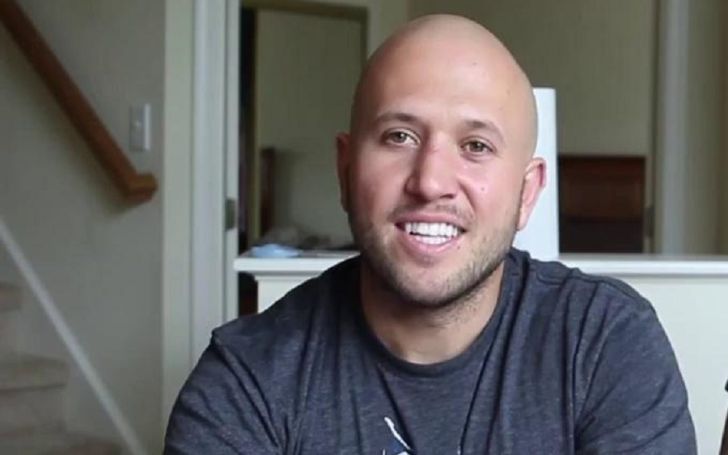 The former Veteran has an fascinating life performing good deeds and making funny videos. Let's have a look at some of the interesting facts about the guy himself.

The YouTuber's father, David Earl Roady, is an American, whereas his mother, Nurdane Roady, is Turkish. In his early years, he shifted from his home town to Cincinnati, Ohio, and got himself a college degree from Franklin University.

Served In The US Army For Seven Years

A Lot of people might be unknown to the fact that Roady served in the US Army from 2002 to 2009. The YouTuber kicked off as a 'Force Protection Security Officer' in the beginning.

Reason For Leaving The Army

After dedicating years of his career to the Army, the present youtuber left his job to be a civilian.

The Youtuber is a proud holder of three popular YouTube channel.
Source: Naibuzz

Dennis left his job to work for the 'Fine Homes & Luxury Lifestyles Magazine' and Internet Marketing. It is a luxury real estate and lifestyle magazine based in Southwest Florida. He also tried his hand in a UPS factory as a distributor of UPS manufacturers.

How Did Dennis Roady Gain Fame?

Even though the star left the Army, he got himself another job, but was still not satisfied. So, he started making videos alongside his work and finally started, his now mega-famous youtube channel 'Dennis Roady Deeds' on May 06, 2012. His channel currently has over a million views.

Following his success, The star made his second channel 'howtoPRANKitup' on August 27, 2013, and his third channel, 'DennisRoadyVlogs,' on December 11, 2013.

Also See: Who Is Vitaly Zdorovetskiy's Father? What Sort Of Relationship Does The Prankster Carry With His Dad? Grab All The Details Here!

The 36-year-old, got significant recognition when he starred with other famous YouTubers like Vitaly Zdorovetskiy and Roman Atwood. Their first video, Cops Get Owned!!!- Epic Pee Prank had a smashing 23 million views.

The extraordinary YouTuber got a break in the motion-picture screen 'Natural Born Pranksters.' It's an American comedy film starring other YouTube celebrities like Roman Atwood, Vitaly Zdorovetskiy.

The YouTubers themselves wrote the feature, and Ben Pluimer and Atwood directed it. However, even with the best effort of the YouTubers, the film didn't do much on the box office. The domestic video sales were a total of $315,672.

Besides that, Dennis had also starred YouTube red's second series of 'Fight of the Living Dead'. It was a reality web series in which 10 YouTube personalities took part in a simulated zombie apocalypse and try to survive for 72 hours.

Who Is The YouTuber Dating?

The famous prankster is not dating anybody as of now. However, it's speculated Dennis was in at least one relationship previously.

Maybe the prankster doesn't have time for dating with all his shenanigans. Source: Twitter

It's a known fact, every celeb likes to be private about their relationships and affairs. Who knows, Dennis himself might be keeping some of his juicy information under a wrap.

Also See: Who Is Vitaly Zdorovetskiy From VitalyzdTv? Meet The Russian Guy With A Camera And Some Wonderful Ideas!