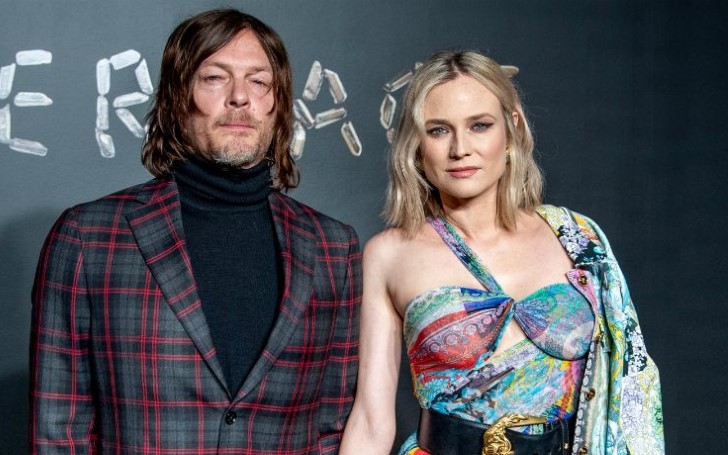 First photo of their daughter shared by Diane Kruger and Norman Reedus as they celebrate mother's day.

This year marks the first time Diane Kruger enjoyed her first Mother's Day as a mom.

In an attempt to bring on the vibes of the occasion Diane Kruger, the 42-year-old German-American actress took to her Instagram account to let her 849k followers in on a gorgeous photo of herself holding her baby daughter in her lap while sitting on a beach watching a stunning sunset.

The Instagram post marked the first time Kruger gave the world a glimpse of her six-month-old daughter since she and her boyfriend 50-year-old Norman Reedus, revealed the welcoming of their bundle of joy.

The Troy star also made use of her social media platforms to spread the love and extend her mother's day wishes to her own mother. One of those posted flicks showcased her snuggling up next to an unidentified woman.

Happy Mother’s Day to these awesome ladies ♥️ Mom, you’ll never know how much I appreciate all you have done for me and even though I don’t say it enough I LOVE YOU ❤️

Diane Kruger And Norman Reedus first crossed each other's path back on the movie set while portraying lovers in their film Sky back in December 2015. The duo made an official announcement of their ongoing romance back in March 2017.

During the time of the reveal, the Welcome to Marwen stunner still indulging in a decade-long relationship with The Affair's Joshua Jackson. Moreover, Kruger currently is contributing her acting talents to Eva in Universal Pictures' critically-acclaimed hoax drama JT LeRoy, which finally hits UK theaters August 12.

While Reedus is widely acclaimed among his fans for the famous role as Daryl Dixon in the post-apocalyptic zombie series The Walking Dead since 2010.