home Beauty Did Sunny Hostin Get Plastic Surgery? Find All The Details Here

Did Sunny Hostin Get Plastic Surgery? Find All The Details Here 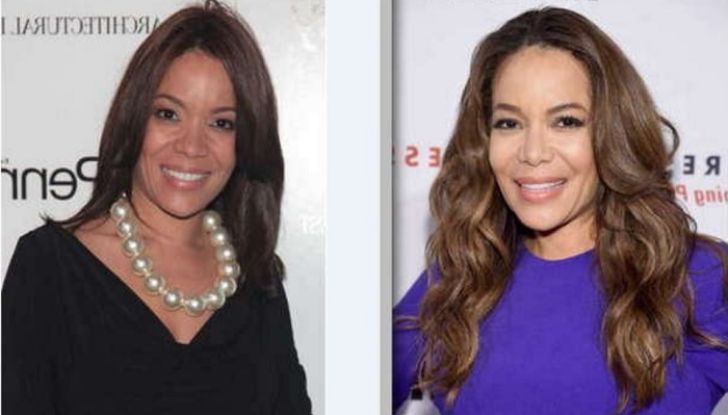 Born on October 20, 1968, in New York City, to a Puertican mother, Rosa Beza, and an African American father, William Cummings. Sunny's biracial roots exposed her to an insidious system that was racist and rigid for the minority community. Her family's financial plight and the constant system's harassment moved young Sunny to pursue law and help her community.

Following an old picture of Hostin surfaced on the internet that showed drastic contrast in Sunny's appearance, people have been curious to know if the lawyer has had any work done on her face in the past. Continue reading as we bring you to the truth.

Has Sunny Hostin Gone Under The Knife?

A gifted individual, Sunny Hostin brought clarity to many contexts and has covered stories on some of the biggest political and trending topics. And even after attaining an acclaimed reputation, her personal venture has still remained a piece of conversation for many.

Experts say Sunny has had a rhinoplasty, botox, and a facelift.
Photo Source: Page Six

The 52 years old journalist had opined on plastic surgery in one of the episodes of ABC's The View. Where she's seen talking about being happy in one's own skin, and as her cosmetic surgery has become apparent from her recent pictures, people have been tagging Sunny as a hypocrite.
Although Sunny hasn't commented on her plastic surgery speculations, a few of her features seem to have changed completely when compared, like her nose and cheeks.

Experts suggest that Sunny has gotten a rhinoplasty that has slimmed her nose dimension. The journalist may have had botox, and a facelift, says another veteran surgeon.

A lawyer, journalist, and host, sunny have now taken on her new venture. The View host's first fiction debut book, "Summer on the Bluffs," was released recently. But what's coming as a shocker is Sunny's first book, and its story stands to be the polar opposite of her public persona.

Not known beyond her passionate takes on politics, with facts and arguments, her debut book shows a new side of the 52 years old journalist. A fun beach read, Sunny calls her book is a love letter to black and Latina women.

Inspired by Toni Morrison's quote; If there's a book you really want to read, but it hasn't been written yet, then you must write it."

Hostin had previously written her memoir, she says writing her new fiction was a much easier and refreshing process.
Photo Source: Lipstick Alley

Hostin says the idea of writing a pleasant story on African American community apart from the brutality and racism against them that she's been covering her whole life really intrigued her. And Sunny's idea proved to be of interest to Harper Collins who've signed Hostin to a three-book deal.

Check Out: Who is Amr Zedan's Wife in 2021? Learn the Details of His Married Life Here

She had previously written her memoir "I am These Truths," a book she recalls was a painful and raw process. But Hostin's first fiction, the host says, is an escape and pleasure read for herself and her readers alike.