Don Shula Wife - Find Out About His Married Life 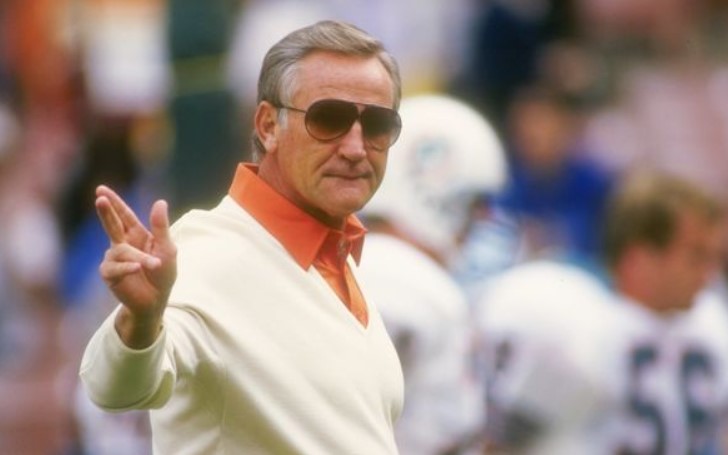 Don Shula (Donald Francis Shula) was the former American professional player, but he will be remembered as one of the most successful head coaches of Miami Dolphins. Don was born on January 4, 1930, and passed away at the age of 90 on May 4, 2020.

As a coach of Miami Dolphins, he led his team to two Super Bowl victories, including "perfect season in NFL history in 1972." Before his career as a coach, Shula was a great player himself. The player was named 'Sportsman of the Year' by Sports Illustrated in 1993.

So, looking back, we can see Shula was excellent all-round when it comes to his career as a coach and football player. This brings us to one more thing, what about his married life. Let's find out if he was married or had any kids.

Don Shula Wife - Was He Married?

Don Shula was, in fact, a married man. He was married to his wife, Mary Anne Stephens. Shula and Mary tied the knots on October 16, 1993. Their love story began when the couple first met at New Year's Day party in 1992, following which they started dating and eventually tied the knots.

Don Shula was married to his wife, Mary Anne Stephens. They tied the knots in 1992.
Photo Source: Cheat Sheet

Both of them, Shula and Stephens, were previously married. Donald lost his first wife to breast cancer in 1991, while Mary was married three times before she met Don. There was a considerable age gap between the two, Shula was 63, and Mary was 48, but love conquered all and two set an example of a lasting relationship.

Today, Shula is survived his wife, Mary Anne Stephens. Don Shula and Mary Anne did not share any kid; however, Shula was the father of five children, Mike Shula, Dave Shula, Donna Shula, Sharon Shula, and Annie Shula, from his previous marriage with Dorothy Bartish.

Who is Mary Anne Stephens?

By what seems, there's a very valid reason why Don Shula fell Mary Anne Stephens. Her generosity is what attracted Don towards Stephens. According to the reports, Mary, to date, is actively working for various charities, which are supported by many different organizations.

Mary's works had helped her to get names like 'The Arkansas Citizen of the Year' in 1990, just a year before she met Don. Stephens worked to help students with learning disabilities, which was a huge success and raised almost $28 million for the cause.

In fact, it was through her charity work; the couple was destined to meet. Anne was introduced to Shula by one of her friends, Maria Floyd, while Anne was hosting a gala in Miami at Fontainebleau Hilton for the Miami Heart Institute. Love sure does work in a strange way, right?

You May Also Like: Toni Kukoc Net Worth in 2020 - Find Out How Rich the Croatian Former Basketball Player Is