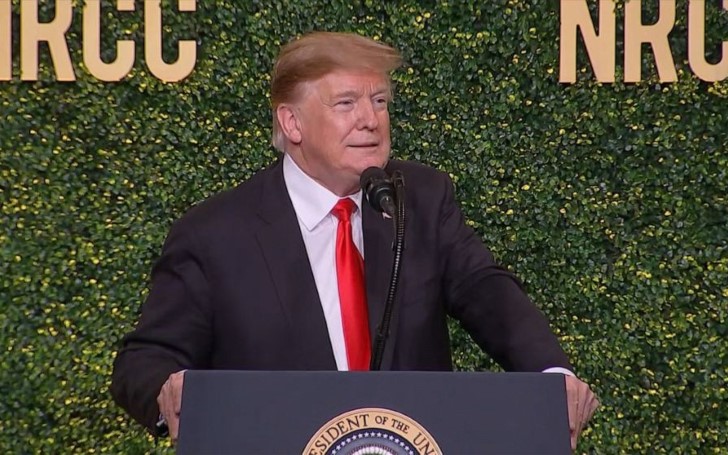 This is not the first time the US President Donald Trump has raised his voice against Windpower. Trump has been highlighting the subject for years now precisely after his battle with Scottish officials who planned to build a windmill in the sight of his golf resort in Aberdeen.

However, this time the 45th president of the United State exclusively stated it during a speech at the fundraiser.

Here's video of Trump talking about wind mills at the NRCC dinner tonight: "They say the noise causes cancer.” pic.twitter.com/tpsmZI8k7n

This is, in fact, the first time the US President directly shared the negative impact of windmills and consequences such as noise pollution and cancer. The 72-years-old president furthermore stated dissing his political competitor Hilary Clinton at the National Republican Congressional Committee dinner citing,

"Hillary wanted to put up wind, wind. If you have a windmill anywhere near your house congratulations your house just went down 75 percent in value."

As an article by NYTimes, the impact of the turbine noise causing cancer is completely unproven. As a spokesman for the group stated, “The American Cancer Society is unaware of any credible evidence linking the noise from windmills to cancer.”

Donald Trump, however, has officially claimed in the media and masses its negative result in environment and health. Well, the U.S president is partly right about the subject as some researchers investigated and claimed that noise from wind turbines might result in health problems like nausea, headaches or sleeplessness.

So far, experts haven’t found strong evidence of links to those conditions but have assumed there's an unlikely possibility.