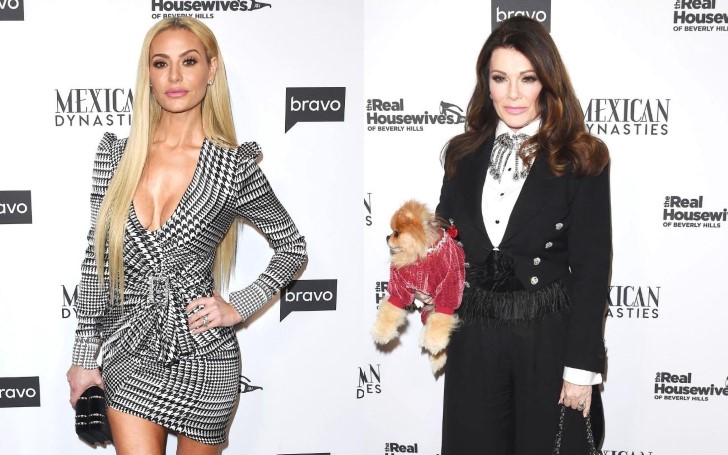 Dorit Kemsley and her former pet Lucy are apparently the centers of the ongoing drama on The Real Housewives of Beverly Hills.

The recent season of  The Real Housewives of Beverly Hills is apparently swirling around Dorit Kemsley and her former pet chihuahua Lucy.

During the last week's debut episode of The Real Housewives of Beverly Hills, Dorit and her husband PK Kemsley, sat down with Lisa Vanderpump and Ken Todd to discuss what actually happened with the adoption which eventually led the dog to the shelter.

Initially, Kemsley adopted a dog named Lucy from Vanderpump's rescue, Vanderpump Dogs and was later dropped off to the shelter.

Explaining the situation to Access Hollywood, Dorit went in detail about what happened behind the scenes.

“We rescued a dog at the Vanderpump Dogs rescue center. She wasn’t the right fit for the family and after some time and a lot of consideration, we found a beautiful home for her. So, she went to this home and then ultimately ended up in a shelter. And that is where the whole conversation starts.”

The reality star further confirms the dog was always fine and still is at her new home.

When questioned about the reason behind giving up on her pet, Dorit explained Lucy was getting more aggressive with her family including her two young kids, four-year-old Jagger, and two-year-old Phoenix to the hosts.

“Lucy, she was a hyper, very nervous dog and she was biting the kids and my husband,” Dorit explained. “I have to consider my children’s safety, always, and at the point that the dogs are biting the kids face, I had to make the right decision for the family.”

Apart from nipping at the kids, Lucy also bit her husband's nose image of which was shared on RHOBH.

Eventually, Dorit decided to find it a new home and informed Vanderpump about her decision before placing the dog in a new home. Unfortunately, the new owner abandoned the dog and left it at the shelter.

Weeks later, Vanderpump brought up the news to Kemsley about the dog taken to a shelter.

“Lisa caught Dorit completely off guard by bringing it up. Dorit had no idea that the dog wasn’t still with the family.”

The abrupt outburst of Lisa, however, really hurt the Kemsley.

“Dorit is devastated by this. Lisa did eventually acknowledge that she believes Dorit had the best of intentions. But right now, Dorit is unconvinced of the same with Lisa.”

Lisa allegedly told Kemsley not to brood over it and assured she was doing the right thing.

“She gave it to somebody who really wanted the dog, who assured her it was going to a loving home, and that’s what Dorit thought. She would not drop the dog off at a shelter."

Lisa, eventually, explained Doritt's best intentions and confessed she did "nothing wrong".