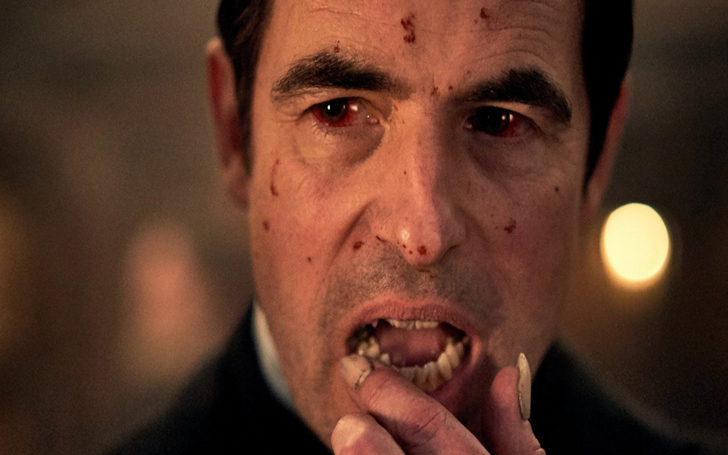 Claes Bang talked about the use of prop and blood in the upcoming Dracula series.

This decade BBC and Netflix are not even waiting for the decade to fully start when they drop the first episode of a three-part series, Dracula. The show almost feels like it snuck up on everyone with the last bit of marketing, generating interest in the adaptation by the creators of BBC’s 'Sherlock.'

Also, this time a new actor is coming to portray the character of Dracula; Claes Bang from Denmark is trying to level his performance on par with the greats before him like Christopher Lee, Gary Oldman, and many others. The actors may be a newcomer for most, but he is an experienced actor who seems to be doing his best according to the trailers for the series.

Dracula is coming on tonight on BBC One and then made available through Netflix, and the series will be a three-day event with 90-minute episodes on the first three days of the new year. As mentioned above, Mark Gatiss and Steven Moffat are helming the show, and we are more than excited to see what is in store from the character.

Mark Gattis and Steven Moffat are creating Dracula for BBC One.
Source: The Times

As the show is nearing its release, the actor playing the titular character of Dracula, Claes Bang, is making the rounds of the press to talk about the show and while answering questions about the making of the series, the actor talked about the difficulty in filming. We know the extensive props used to give the character of Dracula a terrifying look, it can be hard to get it all together and still provide a top-level performance.

The actor spoke about his fake long teeth and how it affected the way, he said the letter “s” and also said they were almost always on the verge of falling out. The actor said, “I had a little bit of a problem with the 'S's in the beginning, they sort of got in the way.” He also spoke about his fake nails, which the actor stated, “came off all the time.”

But the fake teeth and nails were not the only thing troubling the actor and hindering his performance. The actor said the extensive use of blood was difficult to get around; the producers tried to use all kinds of recipes to make the use of blood seamless, but it is still a viscous fluid, and there is going to difficulty acting while being covered in blood.

The actor went on to explain his preference of prop blood, “I think I preferred a combination because we started out with something that was something that was really red, obviously, but very syrupy. And it was so thick and sweet. So they would put some beetroot and lemon in it. It's really hard to make blood that you can actually work with like that. But they did a great job.”

Dracula will arrive on BBC and Netflix on 1 January 2019.
Source: Netflix

Since the whole thing about Dracula is drinking blood and there were some taste issues for the actor. The actor said, “We put beetroot in it because it took a bit of the sweetness out of it. It is mainly syrup because you need something quite thick. But it's not very nice to drink a lot of that, so you have to do something with it, for the taste of it. Because otherwise, I would just choke on it.”

Also Read: The Witcher - More Focused Story in Season 2 According to the Creator of the Series

In the end, the cast and the crew persevered to make an interesting show from the decade-old source material. How the creators of the series try to distinguish themselves from the previous versions of the character is to be seen when Dracula arrives on BBC One on 1 January 2020.

Watch: The trailer for the upcoming BBC One series Dracula; starring Claes Bang