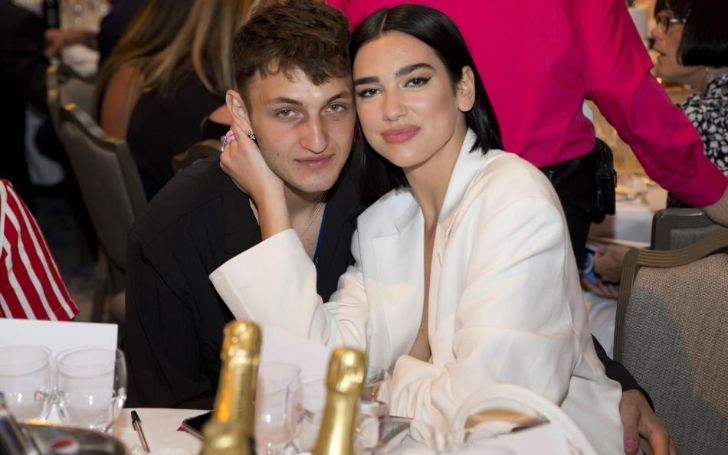 Dua Lipa is living the best days of her life with model boyfriend, Anwar Hadid this summer.

The love birds couldn't keep their hands off one another as they shared a romantic kiss ahead of the MTV VMAs on Monday.

The IDGAF singer looked comfortable in a black crop-top and matching pants. Furthermore, she contrasted her casual looks with bright orange sneakers for her low-key outing.

While, Anwar also rocked his looks as he donned a white undershirt, a beige bucket hat and green cut-off shorts which showed off his tattoos.

However, this is not the first time the pair were snapped getting cozy. Previously, they were spotted enjoying a beach day in Malibu, where they were seen locking lips after a dip in the ocean.

Moreover, Dua who is also a UNICEF supporter, was first spotted getting cozy with the model, 20 at the British Summer Time Hyde Park music festival in London.

Well, it looks like Anwar's famous family members have given their stamp of approval, too as both his mother, Yolanda Hadid, and his sister, Gigi Hadid who is rumored to be dating the reality star Tyler Cameron, wished Dua on her birthday.