home Entertainment Who is Dustin May Girlfriend in 2020? Find Out About His Relationship

Who is Dustin May Girlfriend in 2020? Find Out About His Relationship 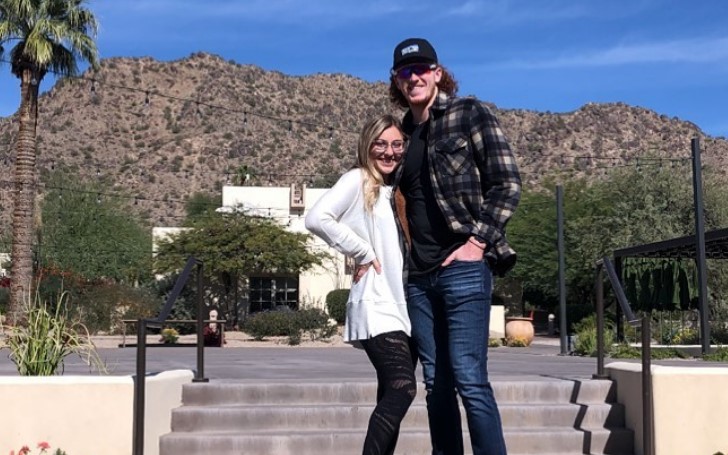 Dustin May (born Dustin Jake May) is an American professional baseball player for the Los Angeles Dodgers of MLB. The pitcher was selected by the team as soon as he completed his high school from Northwest High School in Justin, Texas.

Prior to his selection in Dodgers, DMay played college baseball for the Texas Tech Red Raiders, but later he chose to sign with the Dodgers for a $1 million signing bonus.

May made his debut against AZL Dodgers and spent the whole season there. Dustin was called up to the majors on August 2, 2019, and made his league debut for the Dodgers as the starting pitcher against the San Diego Padres.

Well, we know how good he is on what he does, but what about his personal life. Do we know about his dating life? Let's find out about Dustin May's girlfriend in 2020 and their relationship.

Dustin May Girlfriend in 2020

Well, well, our boy DMay, is, in fact, in a relationship. While the couple is secretive about their relationship, we found out Dustin May is dating his girlfriend, Millie Traut.

The couple is together for quite a long time, and their relationship seems growing every day. The couple often makes appearances on each other social profiles, even though they are very secretive about their private life, they could not stay away from Instagram.

Millie Traut and Dustin May Often Have Fun While Together

As we mentioned earlier, the couple often makes appearances on each other profiles, however, we could not get more details from Millie's end because she has set her social profiles to private.

But anyway, we can still stalk the couple from Dustin May's profile. Guilty, but could not stop ourselves from observing the sweet couple things they do.

A couple of days earlier on June 14th, the pitcher wished his girl happy birthday, while going for a buggy ride in Sedona, Arizona. On his MLB player uploaded a series of pictures, on which he captioned. "Happy birthday to the absolute love of my life!! I hope you have the best day ever you deserve it! Love you Millz❤️🎁."

You May Also Like: Who is Aaron Judge Dating in 2020? Find Out About His Girlfriend