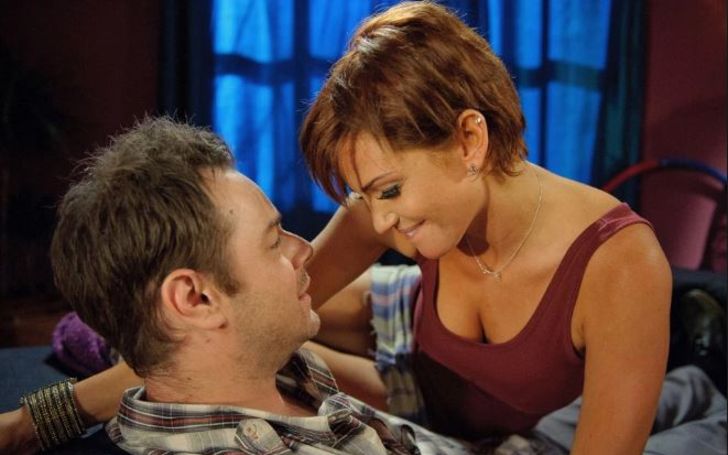 The 41-years-old actor Danny Dyer is now regretting his racy snaps shorty after he decided to get saucy with an anonymous lady.

What actually happened was Danny recently went on a short vacation in Hythe, Kent. The area is precisely famous for enjoying a wildlife nature vacation where there are no clubs or nightlight to enjoy.

Turned on, the artist took a mirror selfie and shared with an unveiled girl, showing off his naked torso wearing nothing but a white Calvin Klein Underwear.

Check Out Kendall Jenner Stripping Nude For A NSFW Photoshoot! >>>

The EastEnders star then went little steamy and grabbed his phone and started texting a woman late at night. Check out the DM's text.

As source of The Sun who claims he witnessed the clip shared: "Danny was in a very playful mood. He sent some texts to a woman and then did a selfie in his pants which he sent to her."

The paper added, "He had a look on his face, which was making it clear he was having fun."

Subsequently, he conducted a sex chat where sources witnessed him performing a sex act in a dark room. Lying on the chair, he pulls off his shirt and reveals his naked torso.

The soap star filmed it on a mobile which he is now shuddering for getting leaked.

The source added, "Although Danny and Jo are happily married he will be terrified of the video becoming public, it’s embarrassing for them".

“He’s clearly moved on with his life since then and him and Jo have been getting on well.”

The dad-of-three is really in trouble as this time it may hitch his relationship with his three decades long partner Joanne Mas who he married in 2016.

In fact, this is not the first time Dyer has been accused of his pervert act since back in February 2017, The Sun reported he conducted the same action to a young mom.

In such a generation where people are confused between lust and love, we wonder why Danny is being reckless to his love of life. Watch out, Danny; you might regret your choices harshly.

Why Did One Direction's Liam Payne Pose Naked On Instagram? >>>