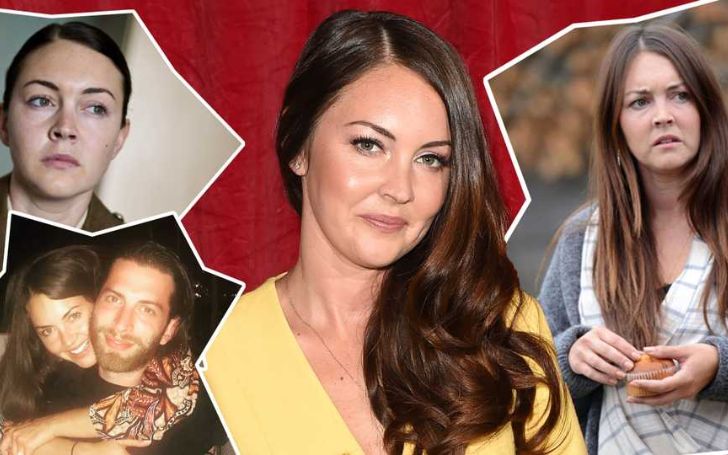 EastEnders star Lacey Turner expresses disappointment on her character 'Stacey' as she feels the character was "completely betrayed."

Fans of the BBC soap EastEnders have witnessed the pair locked in a catfight and the reason was precisely due to Kush's plan to appeal a court case for the joint custody of his son Arthur with Stacey.

Lacey Turner opens about the matter exclusively sharing it with BBC. Turner claims, "Stacey's a Slater through and through - I don't think there's anything she wouldn't do for her kids."

At this point, Martin and Kush have made up, but Stacey is completely unaware and she thinks herself and Martin are completely on the same page and are ready to do battle, if it comes to that.

On the upcoming episode, the viewers will witness Martin and Kush trying to get Kat and Stacey to sort out things.

"I think it's different for Martin and Kush, yes they're best mates but they're not family, so I think it's easier for them to forgive and forget," Turner explained.

But, Kat and Stacey are basically sisters, so it cuts a lot deeper. We've seen them both say horrible things to each other; they're both headstrong and will not back down.

Spoilers alert, there's a scene coming up actually, between Kat and Stacey, and it shows how much and what happened between them has affected Stacey. "She pours her heart out to Kat and Kat's reaction will surprise viewers I think, and that's all I'm going to say."

So guys aren't you excited for the upcoming episode? EastEnders airs on RTÉ One and BBC One on Mondays, Tuesdays, Thursdays and Fridays.

Stay tuned and connected to find updates and intriguing news of the show.