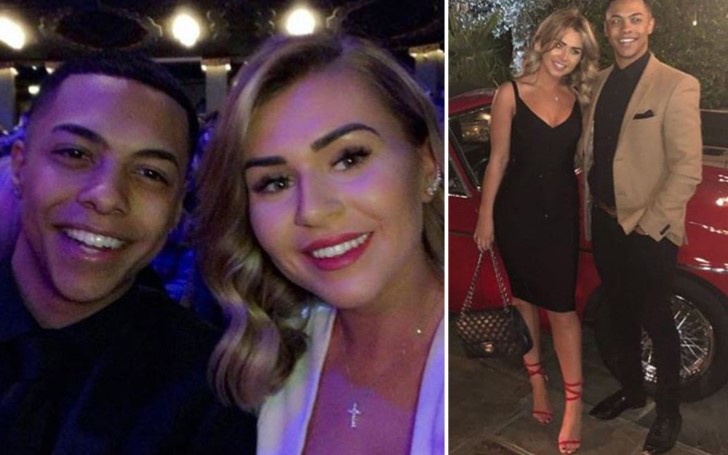 The famous actor from the EastEnders Zack Morris who plays in the soap as Keegan Baker is seen in a picture with girlfriend Brooke Maskell and the couple is having a good time in an event.

The famous EastEnders star is dating a Hertfordshire based hair and makeup artist Brooke Maskell who is often seen posting pictures of Zack and herself on Instagram.

Though they are dating for just over a month, we can guess from the glowing faces, they are enjoying each other’s company. The pairs are seen all cozy up and click pictures on events and we can assume that they are very happy together.

It certainly looks like it is good times for our star Zack as recently he is shortlisted for the Best Actor at the British Soap Award too. Zack plays the character of Keegan; whose role began as the bullying teen and known for causing troubles.

Also Read: Hailey Baldwin Gets Bullied by Trolls Undermining Her Against Selena Gomez!

It was only later when the show introduced the Taylor family and stripped off his layers showing his insecurities and what made him such a troublemaker. This allowed him for his exceptional act which helped him win many hearts.

Even on the screen, Keegan’s romantic love life might be about to take a positive turn too as people have noticed something sparking between him and his on-screen partner Tiffany Butcher who is played by an English actress and singer Maisie Smith.

Smith has also appeared in the feature film “The Other Boleyn Girl” (2008). It is believed that in the coming episodes, the chemistry between two might intensify.

Meanwhile, we can say, Brooke is the reason that he is delivering the act so well and it all seems so natural like he is actually showing his love to Brooke through his act – and proud Brook, always there to cheer him on.

See also: Davos and Melisandre Share a Tragic History on Game of Thrones

Responding to Brooke’s post on Instagram, her followers are seen commenting “cute pair” and Zack has simply replied with a HEART.