home Entertainment Hailey Baldwin Gets Bullied by Trolls Undermining Her Against Selena Gomez!

Hailey Baldwin Gets Bullied by Trolls Undermining Her Against Selena Gomez! 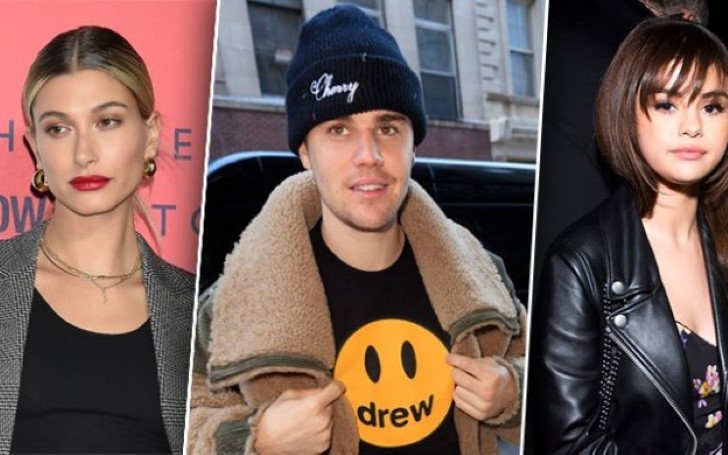 Hailey Baldwin fires back at haters who undermined her against Selena Gomez.

Hailey Baldwin, who prefers to be known as Hailey Baldwin now following her marriage to boyfriend - fiance, Justin Bieber had enough with her internet haters the other night.

Mrs. Bieber took to her Instagram Story to respond to the comments that claimed her husband didn't belong to her but to his ex Selena Gomez.

Recommended: Jessica Alba Stuns In Dior Dress As She Kisses Cash Warren While Celebrating Her 38th Birthday In Morocco

In a now-deleted Instagram post, Baldwin addressed her bullies writing: "You little internet kiddos need to learn how to move on for real. We’re adults that have better things to do than waste time explaining something just so you can stop your delusional fantasies." 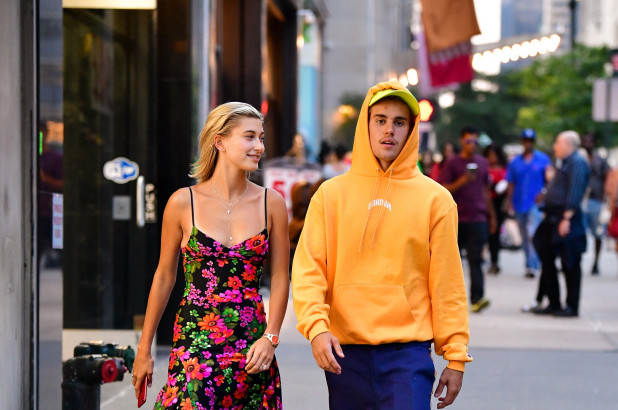 The 22 years old model continued: "I’m not gonna sit here and let obsessive strangers try to tell me about my own husband, you wanna talk about somebodies [sic] husband then get ur own."

Hailey shortly shared another post which appeared to have been her defense to the decision of deleting the post.

"Just a reminder: none of us have this thing called life figured out," said the model in the next post. 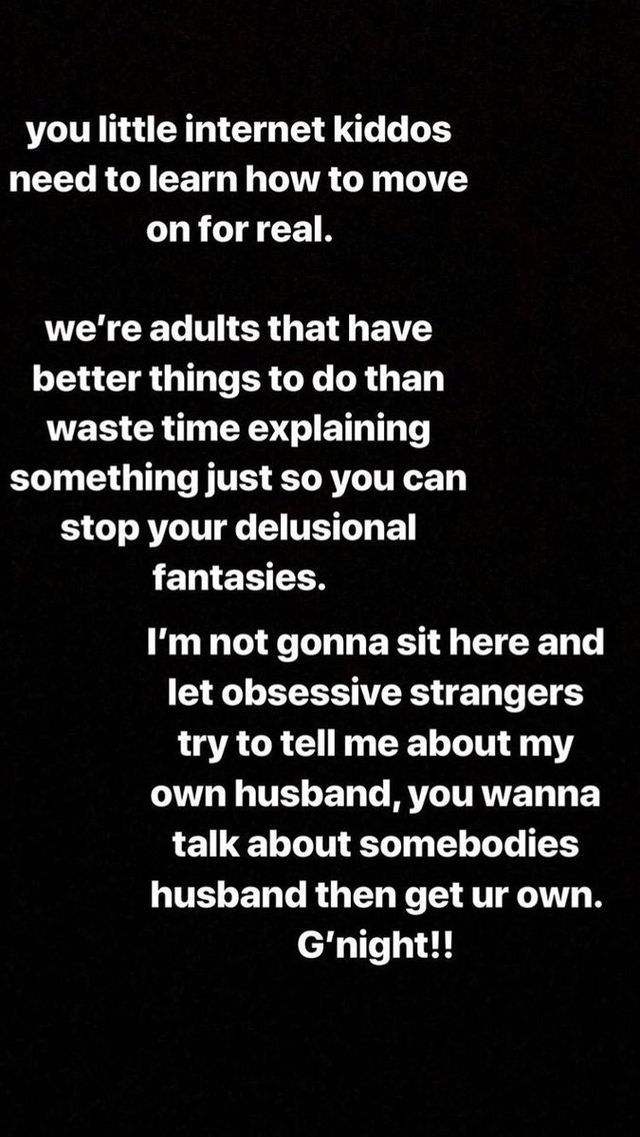 Likewise, a post showcased a quote from Amy Poehler that read: "Women are constantly criticized for being too emotional. Can we be allowed to be as messy, as all over the place as inconsistent and mediocre as men? Do we have to always be patient, special, nurturing, adaptable?"

"AMEN," said Baldwin in the caption.

Baldwin's post comes shortly after fans noticed Gomez's Coachella performance in Justin's phone search history. But, Bieber denies that he was searching for his ex on Google.

The 25 years old pop singer continued: "Wow Justin learn to type I hate typing on this damn iPad what I meant to say is that video of Selena singing Taki Taki came up after my wife and I watched my Coachella performance. Obviously she’s gonna be in the related category, it [literally] was the next video that played.. to fans and people who think I’m maliciously trying to start shit grow up."

Justin too previously addressed the haters and fans who struggled to accept the fact that he is married to Baldwin and not to Gomez. He replied to a fan who claimed that he was only with Hailey to get back with Gomez, writing:

"Ur immature the fact that you have an account dedicated to dissing my wife and I is absolutely absurd why would I dedicate my whole life to someone in marriage to get back and [sic] my ex, anyone who believes this is mean spirited or 10 years old or younger because a logical person doesn’t talk or think this way u should be ashamed of yourself really."

"I absolutely loved and love Selena she will always hold a place in my heart, but I am head over heels in love with my wife and she is absolutely the BEST THING that has ever happened to me period. The fact that you want to spend your day dedicating yourself to hate says a lot about you, and if this was some sick ploy to get my attention U to get are wrong on so many levels I’ve seen multiple people say things like this and will never respond again to a message like this because I don't like to even give it my energy but this is a reply to all immature sick people who send Hailey hurtful messages like " he always goes back to Selena" or "Selena is better for him" YOU HAVE NO IDEA MY LIFE AND WHATs good for me. Hailey is my Bride period if you don’t like that or support that that means you don’t support me and if you don’t support me your not a fan nor a good person."

Also see: Fans Explode With Laughter As Museum Unveils Daenerys Targaryen Statue That Looks Nothing Like Her

Hopefully, fans will, soon, learn to respect the relationship between Justin and Hailey.