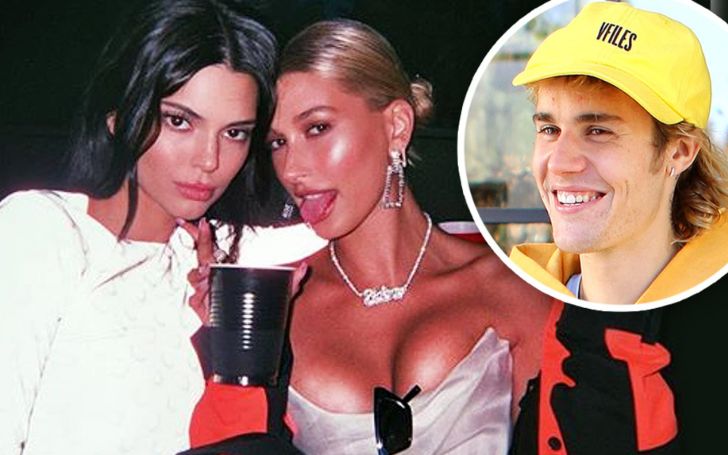 The Coachella festival never ceases to amaze, and this year too wasn't any different but one thing, in particular, caught the eye of many. On Saturday, Kendall Jenner, a close friend of Justin Bieber and his wife Hailey Baldwin, shared a picture which literally took the world by storm.

glow in the dark friends

In the picture, Hailey is wearing a strapless top and diamond encrusted necklace and like a good husband, Justin added a comment in the post, though the comment was rather intriguing. He wrote, “Baes boobs,” alongside two fire emojis.

This is the latest Coachella themed post, the singer has shared. Earlier this week, he added a picture of Kendall and Hailey while they wore bandanas from his clothing line-up, Drew House.

But his boobs comment surely drew a lot of attention as fans flocked into the comment section and there were a lot of mixed reactions from the crowd.

Just days before the Coachella kicked off, Bieber added a throwback picture with Kendall stating, “Coachella better be good this year,” and the response from Jenner, “HAHA I’m dead.”