home Entertainment Who is EddieVR Girlfriend in 2020? Is He Dating Someone?

Who is EddieVR Girlfriend in 2020? Is He Dating Someone? 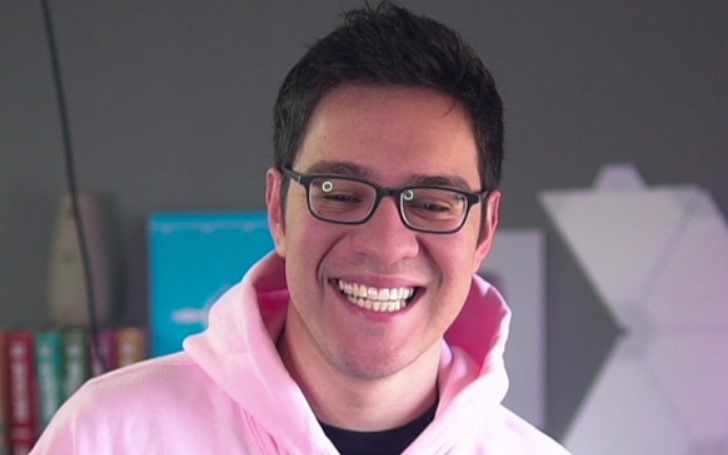 Here's what you should know about EddieVR's girlfriend and relationship in 2020.

EddieVR, whose real name is Eduardo, is a Mexican gaming YouTuber. The gamer is known to frequently collaborating with JoshDub, Mully, Your Narrator, JuicyFrutSnacks, and ReeKid.

While talking about his content, his videos consist of him often collaborating with his teammates ("The Boys") and playing virtual reality games, and also includes skits done in the games.

EddieVR is pretty popular among his fans, so we suppose we don't need to stress more about his games and YouTube career, but how well you know about his personal life? Let's find out.

There's a lot of confusion when it comes to EddieVR's girlfriend. A lot of fans already know about his girl, but there's some confusion as well.

During the time, Eddie said, "It's Gabby's first time playing Fortnite and we played Prop Hunt together. It was hilarious!"

So, the thing is, EddieVR has introduced two people as his girlfriend, but which one is the recent one is still the question. Some fans think Eddie is dating Veronica, while some think he is dating Gabriela, aka Gabby.

But some close sources to EddieVR assured he is dating Gabriela Anderson. The couple is now dating for a couple of years, and it seems their relationship is going pretty strong.

Who is Gabriela Anderson?

EddieVR and his girlfriend, Gabriela, aka Gabby.
Photo Source: Instagram

Well, it's no wonder what Gabriela Anderson does; just like her boyfriend, Gabriela Anderson is also a gaming YouTuber. Gabby started her YouTube channel on 26 Jan 2020, and within a few months, she has more than four million views.

You May Also Like: Who is Cody Calafiore Girlfriend? Is She Diagnosed With Cancer?

While talking about Gabriela's channel, she has more than 367K subscribers, way less than her boyfriend, EddieVR's channel, but just like we said, Gabby started her channel just this year of January, so that we can expect a spike on her channel too.

While EddieVR's fans are pretty convinced the gamer is dating Gabriela Anderson, Gabby deactivating her Instagram account has thrown Eddie's fans into a pool of doubts.

You May Also Like: Who is Elizabeth Lyn Vargas Ex-Husband? Some Facts You Should Know