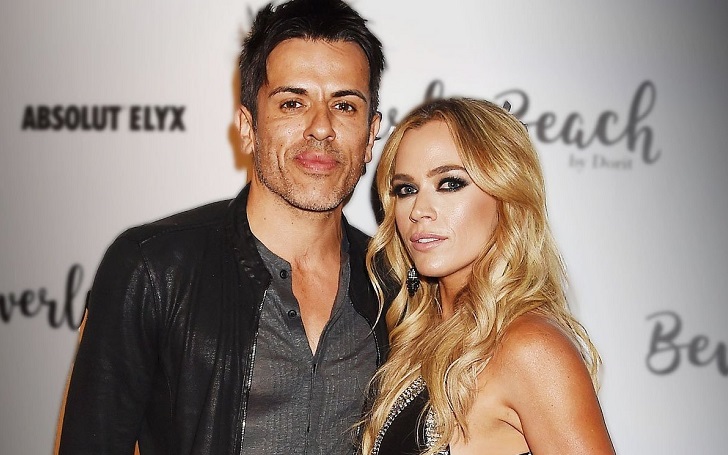 Teddi Mellencamp Arroyave is the high and happening star of the popular show, 'The Real Housewives of Beverly Hills.' Her big time motivator and life partner is husband, Edwin Arroyave.

Edwin is a Colombian-American, best known as a business personality, reality star and Teddi Mellencamp's husband. He's a proud CEO and Founder of 'Skyline Security Management.'

Together, the Arroyave couple are making people muse over their exceptional financial background. So, let's take a look at complete breakdown of the fortune of the RHOBH star.

The reality star's got an impressive net worth of an estimation of more than $12 million. This can be easily reflected through his luxurious lifestyle.

The businessman's amassed his fortune through his own business, 'Skyline Security Management', which is an authorized dealer for Counterforce USA, the brand endorsements, reality show and many more.

Teddi and Edwin tied the knot back on 2011 in the city of love, Paris. The couples are blessed with two kids, Slate and  Cruz Arroyave. The mom also has a step-daughter, Isabella, from her husband's previous marriage.

The wife of the CEO is blessed with her own share of greens. Teddi's net worth is estimated to be $5 million.

You May Also Like: What is Mauricio Umansky Net Worth? How Much Did He Make From Real Housewives?

The reality star garnered a massive fortune from starring in the RHOBH series. Not to mention her series of brand endorsements. One of the huge contributor of Mellencamp's net worth is being the daughter of renowned musician father John Mellencamp. Dad John himself is expected to have a $24 million net worth.

Beau to Teddi, Edwin's originality is Columbian. He later on moved to Los Angeles as a toddler along with his family. The streak of entrepreneurship started since a very young age for the reality star.

Have a look at Young Edwin Arroyave.
Source: Grantcardonetv

At the tender age of 15, while still studying at the Huntington Park, California, Ed found work as a telemarketer at a long distance company. Shortly, the kid proved out to be quite an asset to the firm as he broke every company sales record and became a national trainer & supervisor of over 60 people in just 5 years.

Arroyave, along with his partner, opened a security business, 'Skyline Security Management, Inc.' in 2004, after being partners since 1999 in 'B&E Security'. In 2010, Skyline joined 'Alarm.com' for home automation and remote security services.

With his intelligence and natural business instinct, the company became one of the fastest growing companies in 2015, 2016, and 2017. Its successfully ranked among the top 35 minority owned businesses of Los Angeles.

The CEO was named as one of the 'Top 20 under 40' for security System News in 2014. He is a proud member of the 'Bel Air Chapter of Young Presidents Organisation'.

The Business couple live a comfortable life along with their three children, Isabella, Slate and Cruz in a million dollar mansion.

In April, 2019 Teddi and Edwin sold their luxury mansion of $1.8 million for a whopping $3.2 million. Besides it, the couple recently spent a hefty $4.07 million for their house in the Mount Olympus neighborhood of Los Angeles.

You May Like: Real Housewives of Atlanta NeNe Leakes Net Worth 2019; Cars, Houses, and Her Lifestyle