home Entertainment What is Mauricio Umansky Net Worth? How Much Did He Make From Real Housewives?

What is Mauricio Umansky Net Worth? How Much Did He Make From Real Housewives? 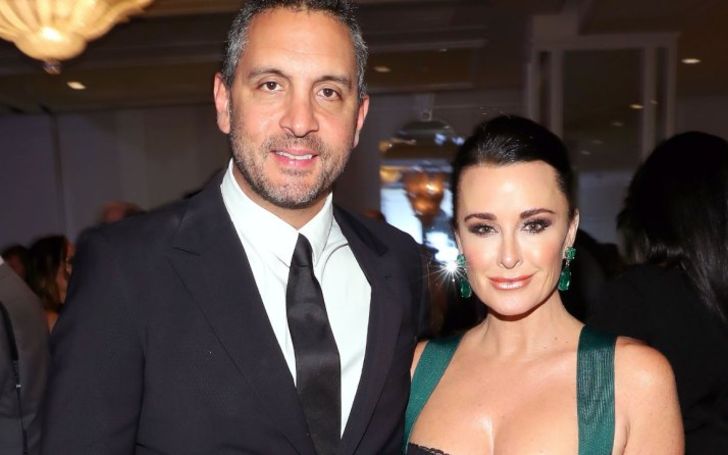 If you have been into estate business, then you probably didn't miss to hear the name Mauricio Umansky, the Chief Executive Officer of The Agency. Besides, the entrepreneur is best known for his role in Real Housewives of Beverly Hills.

Mauricio is also noted for being the partner of RHOBH star Kyle Richards and his philanthropic involvement serving as a board member in several non-profit organizations such as Givebacks Homes- For Families in need, National Breast Cancer Association and Children's Hospital of Los Angeles.

Let's dig in and grab some inspirations from such marvelous persona exploring his Wiki-bio, Career, Net Worth, and some of his intriguing facts and business techniques.

Born to father Eduardo Umansky and mother Estella Sneider, on June 25, 1970, Mauricio was born and raised in Mexico and later moved to the U.S. when he was six years old.

Mauricio grew up under the wings of the successful and well-educated parents; his mother was a psychologist, and sex therapist while his father Eduardo was into real estate having worked at Hilton & Hyland with Mauricio.

Check Out: What Is Blake Lively Net Worth? Details of Her Sources Of Income And Earnings >>>

Umansky, who is known as the real state tycoon, didn't start his career in the real state as he initially stepped into the business line from is a clothing company called '90265.'

A Successful Young Entrepreneur at the Age of 26

Shortly after gaining success in his clothing business and love for sales and architecture, he went to figure out his next career move in real estate. He got a job in luxury estate firm Hilton & Hyland, co-founded by his brother-in-law Rick Hilton.

Consider it fate or hard work; his first deal was $7.5 million with Kyle's ex-husband Guraish Aldjufrie to sell their property in Brentwood, California, according to Bravo.

Consequently, he had done deals with some of the stars such as Arnold Schwarzenegger, Lady Gaga, Michael Jordan, and as of now the finalist of 'E.Y. Entrepreneur of The Year 2017,' Umansky is one of the names every star calls while buying and selling properties.

Founder and CEO of 'The Agency'

Self Made Millionaire
SOURCE: Page Six

The 49 years old, Mauricio's real state organization ranks among the top 5000 list of the fastest-growing private companies in the country for two consecutive years which might have a value of millions.

He and his team rank in the Top Ten agents for seven straight years as per reports from The Wall Street Journal annual list who holds a distinction for selling homes for the price above $20 Million.

Besides, he holds some staggering sales records for Playboy magazine for being the first house in L.A. to sell above $100 Million.

Mauricio Umansky is also noted for his world-class developers and resort brands such as Six Senses, One&Only, Ritz-Carlton.

Find Out: What Is Tony Jaa Net Worth? Details Of His Salary, House, And Cars! >>>

Umansky is also one of the key members of an influential and world-renowned business network organization, The Young Presidents Organization (YPO).

"No ***hole Rule" Key to his Successful Real Estate Career

Behind all the piles of green he accumulated, the business tycoon credits his hard work and some fundamental principles for the success of his business. Behind every successful people, there lies a strong motive, and Mauricio tends to it.

The Rich Kids of Beverly Hills & Kyle star listed their former Beverly Hills Home for $6.99 Million, which contains a 6,000+ square-foot area with minimal $50,000 option to rent.

Mauricio often travels to vacation to private jets and owns several Manson's all across the country, such as Encino and others.

Mauricio and Kyle are Playing Millions from RHOBH

The partner in crime supports each other in their business endeavours.
SOURCE: Reality Blurb

So, taking the average amount of her husband Umansky, who has featured for 116 episodes from 2010- 2018, it gives Mauricio's income from RHOBH to a whopping income of around $20Million.

Adding all his assets & growing property values and sources of income, Mauricio holds an envying net worth of $100 million.

Besides, he also features in couple of other T.V. shows such as Million Dollar Listing Los Angeles, E!'s Rich Kids of Beverly Hills, and ABC Family's Jon or No Job.

We hope you enjoyed the article; Stay tuned and connected to find out more about Net Worth related articles only on Glamour Fame.