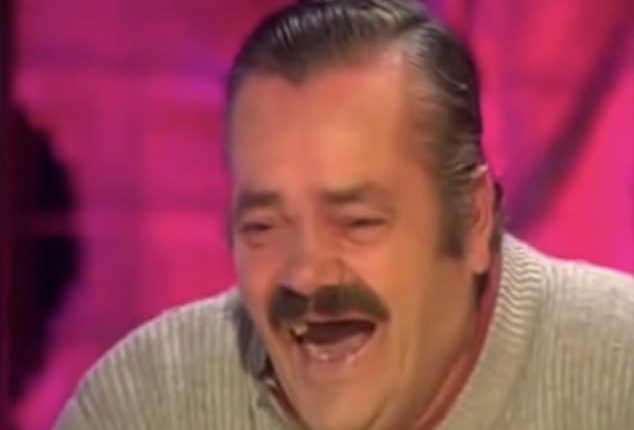 Juan Joya Borja passes away at 65.

The Spanish comedian and actor known by his stage name El Risitas, meaning giggles, unfortunately, left the world on 28th April. The man behind the "Spanish laughing guy meme," Juan, gave the internet plenty of meme content and made his audience laugh ugly.

Sources said that he had been receiving treatment for an unknown illness since last year and even had one of his legs amputated. The source also mentioned that Juan's fans back in the home had come forward to help the comedian and raised enough funds to buy him an electric mobility scooter.

He breathed his last at Hospital Virgen del Rocío this Wednesday, leaving an unfillable void in the Spanish entertainment world.

Among many who penned a tribute to Juan, one was Spanish actor and director Santiago Seguro, who took to his Twitter and wrote in Spanish, translated here; "Sad news, Juan Joya has died. Known as 'El Risitas,' Juan's good humor and his laugh were well known across Spain after his appearance on Jesus Quintero's TV show. He was an endearing man. May he rest in peace."

Juan Joya rose to fame with his hilarious laugh from a show in his native country.
Photo Source: El Mundo

Borja shot to fame in his native country at the late-night show Ratones Colorados in 2007, but the comedian gained worldwide recognition when a clip from that show went viral in 2014. His image dubbed with a number of languages has brought smiles to people around the world.

Don't Miss: Hannah Gadsby Reveals How She Is Married To Jenney Shamash