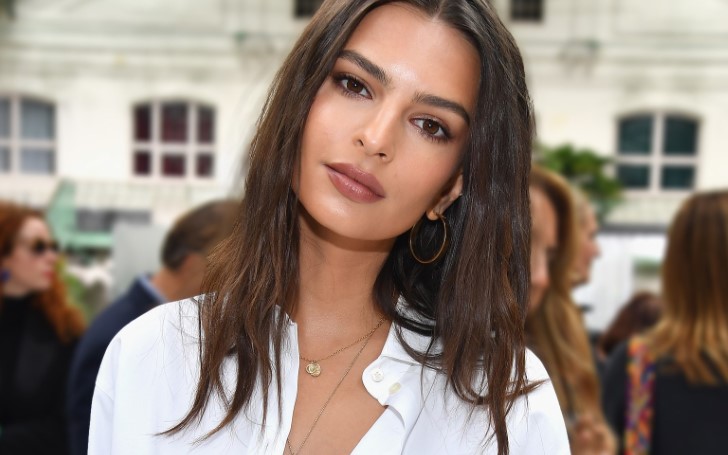 Emily Ratajkowski shows off her body in a tiny two-piece bikini.

Instagram star, Emily Ratajkowski who owns a swimsuit line, inamorataswim promoted her line by wearing a white bikini showing off her "weekend dreamz."

Emily who is married to her boyfriend turned husband Sebastian Bear-McClard in a surprise New York City courthouse wedding, posted the picture of herself yesterday on her Instagram which gathered over million likes and stunned everyone.

The bikini she is wearing on the picture is from her own brand which is worth around $134.69. The picture which is posted on her Instagram quickly gained over a million likes. She flaunted her amazing body which stunned her followers.

See More: Katie Holmes Stepped Out Makeup Free To Do Some Grocery Shopping

The 27-year-old model lazed on the comfortable looking lounger with a glass of rose.

She keeps on promoting her swimsuit line on her Instagram by posting several pictures wearing varieties of the bikini. Her pictures gathered millions of views on her account.

Recently, in Sydney Emily presented with GQ's International Woman Of The Year Award where she roused audiences with a stirring speech.

She said "I think Woman of the Year is a pretty crazy title. But what I think about what's important in 2018 for both men and women, it's about defying stereotypes. It's about being multi-faceted."

The model who is well-known for her steamy bikini shoots appears fully engrossed in her career and bikini line.