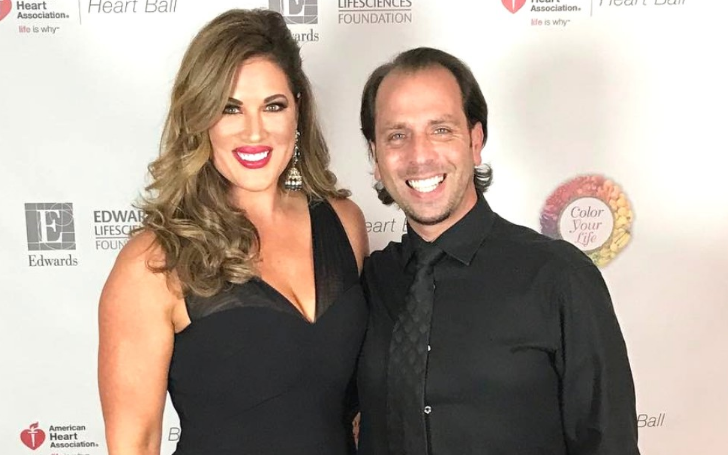 The story came earlier this week the RHOC star, Emily Simpson. and her husband, Shane Simpson, are having a tough time in their relationship. The tension began to grow between the couple when Shane failed the bar exam.

People are speculating the problem is because Shane failed the exam, but the reason is a bit different than what people thought.

Shane stayed away from his family to prepare for his bar exam.
Source: E! Online

So apparently, Shane sat for the bar exam in February and failed it, but the reality TV personality's husband retook the exam in July and is waiting for results.

The star, however, can still practice law in Utah as he passed the exam in Utah.

So, what caused the problem, you might ask. Well, the problem started to grow when Shane stayed away from his family to focus on his preparation.

When Shane was away, RHOC star was the sole caregiver of their three children, Annabelle, 6, and their twins Luke and Keller, 4.

Emily's husband preparation of the exam took a toll on the RHOC star and eventually to their relationship.

She further added, "I have trouble with the way that you talk to me sometimes. I don’t like the condescending tone. It’s sarcasm all the time. I get tired of being the butt of all your jokes sometimes.”

It makes sense why people came straight to the speculations about the divorce as he could not pass the exam despite taking an extended break to focus on his preparations.

Did You Know: RHOC star Kelly is dating Rick Leventhal

And Emily being a lawyer herself, knows exactly how is it and what it takes to pass the exam. So, when she is coming with comments so harsh, then obviously we can expect something worse.