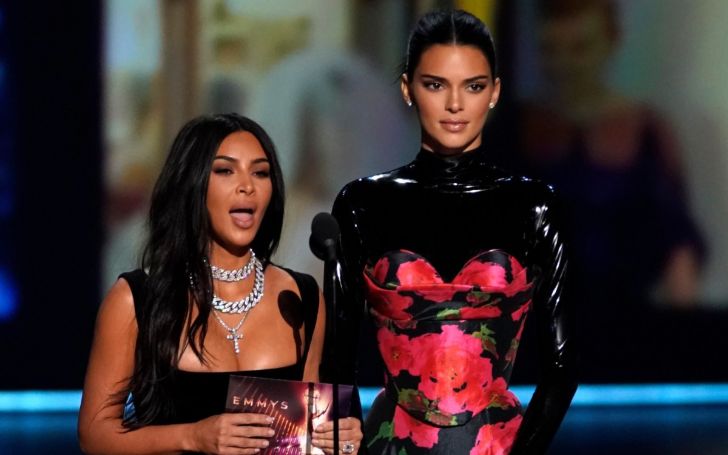 The 'Keeping Up With the Kardashians' star Kim Kardashian and Kendall Jenner were trolled during the recent Emmy Awards.

It seems like the audiences aren't big fans of the Kardashians as the viewers condemned two sisters while they were presenting the award nominations during the 71st Primetime Emmy Awards.

The famous sisters Kim Kardashian and Kendall Jenner barely got through their first line, and the audience laughter was heard echoing all over the star-studded hall during the award ceremony held on Sep 23 at the Microsoft Theater in Downtown Los Angeles, California.

Check Out: Were Kim Kardashian And Kendall Jenner Laughed At During 2019 Emmys?

Telling their stories unfiltered  and unscripted. Here are the nominees for outstanding competition series.

But supermodel Kendall seemed annoyed at the crowd after the chuckling ended while she made a weird face. The sisters presented the award to "Rupaul's Drag Race."

Nevertheless, the two ladies seemed pretty on the designer dress as Kim was on a Vivienne Westwood black gown accessorized with silver chains and wide open hair.

On the other hand, the stunning Kendall was on Richard Queen with floral embroidered themed with mermaid fins cuts in the leg parts.

So, guys, what do you think about the humiliation the reality stars had to face by the audiences?

You may like: Kylie Jenner Gets Trolled For Ignoring Sister Kendall During An Anxiety Attack >>>